How to grow daisies in the apartment

Beautiful delicate daisies in open ground, his delight blooming from April until the summer. But these hardy flowers are can be grown in an apartment on the windowsill, achieving long-flowering in the winter months. 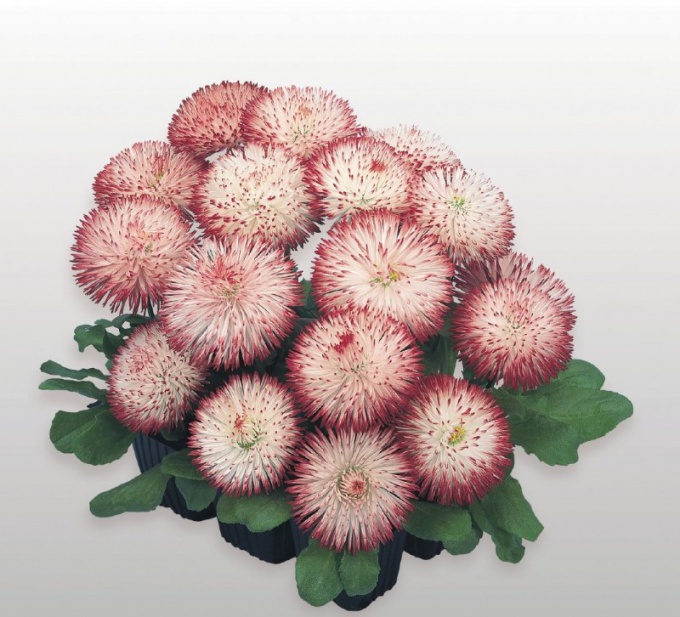 Related articles:
Daisy translated from Greek means "pearl". These delicate little flowers won the hearts of flower lovers throughout the world. Despite its modest appearance and a certain homeliness that distinguish the daisies from the lush garden flowers, this little flower has many legends and stories about its origin. In Russian folk tales, when the sugar ran to bewitched Sadko, she ripped a necklace of river pearls. Pearls were scattered on the ground and turned into Daisy, symbolizing purity and innocence, love and tears.

The cultivation of annuals outlet

It is easy to grow daisies in the room to replant annual flower rosette street in pots somewhere in mid-fall, to lowering daily temperatures below 8 ° C heat. By that time Daisy will already be in a state of rest and preparation for the future flowering.

Soil for transplanting should be light, loose and fertile, with the addition of humus and sand for vlagopoglotiteli. Plants should be placed in a well-lit window and a couple of weeks to start fertilizing. With this planting time flowering will begin in December and will continue through the winter.

Growing daisies from seeds on the windowsill

Growing from seeds involves the impossibility of obtaining grown to the threshold of flowering rosettes. But, nevertheless, spent almost a year on the cultivation of seedlings, it is possible to achieve active flowering daisies, grown initially at room conditions. Seeds sown in boxes in March-April. After germination seedlings contained a Sunny window and watered very sparingly, as daisies do not tolerate waterlogging.

When the sprouts will start to form rosettes, flowers are seated and are grown as an ordinary houseplant from spring until autumn. The subsequent success of flowering depends on the period of rest which is necessary to ensure that young rosettes. For this purpose, the pots with daisies in the month of November must be placed in a cool bright room and reduce watering to a minimum, or to remove the seedlings in the cellar and watered at all.

The rest period is about two to three months. Once the day begins to significantly increase (January-February), the plants are transferred to a bright window and resume watering. Daisies bloom in a few weeks and with good care bloom for several months.
Is the advice useful?
Присоединяйтесь к нам
New advices