What are the terms of execution of the judgment

The decisions taken by the courts following consideration of cases in accordance with applicable law are binding to all participants of the hearings. These solutions can be executed as in voluntary and involuntary employee of the Federal bailiff service. The timing of the execution of court decisions may be different. 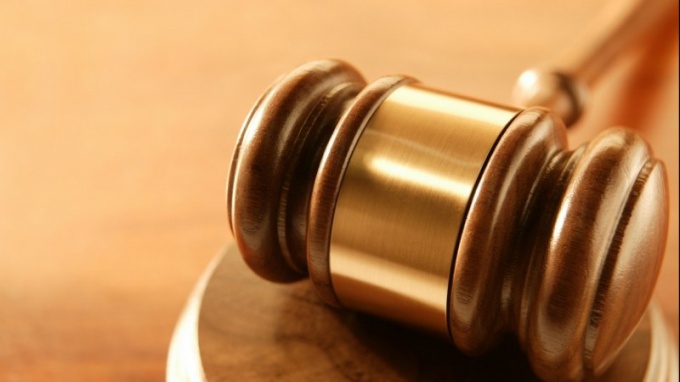 In what period of time must be enforced judicial decision

In some cases, the period of execution of the judgment determined by the court taking into account circumstances that a real possibility of execution. If no such period is specified, shall take effect article 210 of the Civil code of the Russian Federation, according to which the decision should be enforced after its entry into force. The decision is entered into force after the deadline for appeal or cassation, or it was not appealed in the prescribed manner.

But there are a number of judicial decisions that take effect immediately. These cases are also stipulated in article 210 of the civil code, these include decisions:
- on award of alimony;
- on awarding the payment of employee's salary, its amount is limited to one month;
- the restoration of illegally dismissed or transferred in violation of the law of the employee.

According to article 211 of the civil code, the decision can be reversed by the court for immediate implementation in cases where the delay of this execution may cause substantial damage to the claimant or when the deceleration is performed can make it possible. The cases on which the decision can be made for immediate implementation include, in particular, solutions:
- on payment of monetary compensation in reimbursement of harm caused to health of the victim or caused the death of a person, on whom was the family;
- on award of royalties and remuneration to authors of inventions, discoveries, innovative inventions that have documents confirming their authorship.

If the decision of a judicial body is not executed voluntarily, the court or a judge have the right to enforce this decision and this force organization or a natural person acting in accordance with the rules established in Chapter 13 of the Civil Code.
Is the advice useful?
See also
Подписывайтесь на наш канал