There are many arguments in favor of the usefulness of moderate consumption of red wine for health. Recently, however, there are a lot of scientific research confirming beneficial effect of beer on the human body. 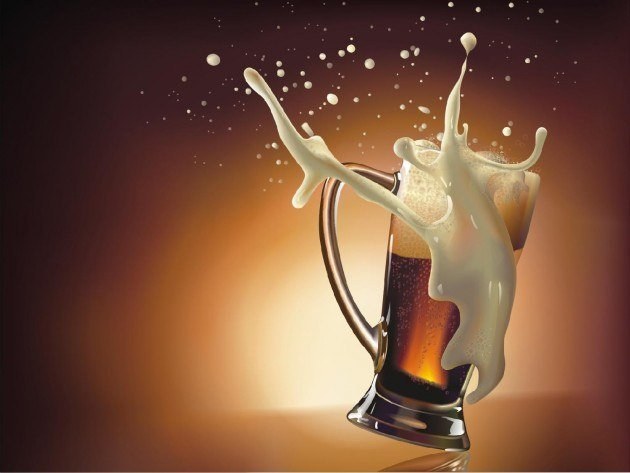 About the benefits of beer consumption

According to the results of doctor's research Institute of brewing and distilling George Philliskirk, beer in moderate doses has an extremely positive effect on the body. However, an important role plays the issue of dosage is not more than half a liter to a liter of women and men. Thus, according to the scientist, a beer belly, which gives the unsightly appearance is a myth. Philliskirk believes that beer belly occurs not because alcohol, and a sedentary lifestyle.

According to research by staff of the Spanish University of Granada – beer is much better than water quenches thirst. Scientists have found that due to the presence in the foam of carbon dioxide, the liquid is absorbed by the body much faster, thus better the thirst. In addition, beer contains a number of minerals, particularly potassium, which helps to improve digestion.

Harvard Professor Charles Bamforth claims that beer generally contains more nutrients than all other alcoholic beverages. According to his statements, the beer is good for your bones, as the ethanol that is contained in this beverage slows the process of destruction of bone tissue, and silicon increases the content of mineral substances in bones. In addition, beer contains up to 30% of the daily value of useful dietary fiber that stabilize intestinal flora.

Employees of the Spanish pediatric Association found that drinking non-alcoholic beer has the same positive effect as the alcohol analogue. It contains the same amount of useful trace elements and minerals. Also the employees of the Institute have proved that beer in moderation is beneficial to nursing mothers.

About the social benefits of beer

It is worth to note that research in the field of the impact of beer not only on health but also on the social skills of a person conducted by economists and psychologists. Recently, scientists at the University of California published the results of research on the role of alcohol in increasing the income of the person. According to the latest data, are prone to moderate alcohol consumption employees bring to their companies by an average of 10 – 14% more income than workers who do not drink alcohol. As an open caste for all but the avid drinkers, they get more opportunities for networking, as they have a greater degree of socialization in society.
Is the advice useful?
See also
Подписывайтесь на наш канал