What vitamins are in beer

Beer — low-alcohol beverage, which contains many useful vitamins and minerals. This drink is made from malt produced by the germination of barley seeds, which explains the high content of useful substances in the final product. 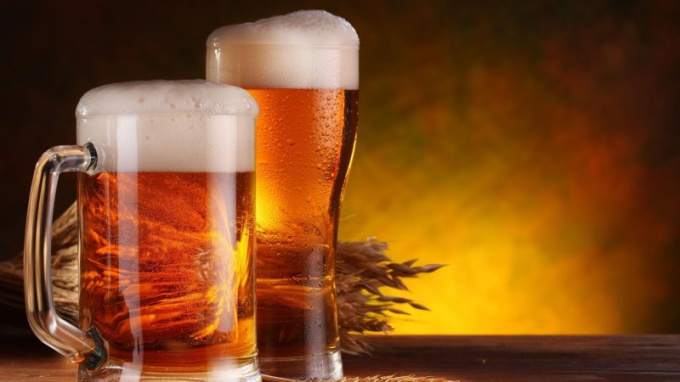 Related articles:
Instruction
1
Most of the minerals and vitamins saved in the brewing process. Especially a lot in this beverage contains vitamins of group B. these include cobalamin, Riboflavin, pyridoxine, Pantothenic acid, Niacin, folic acid, Biotin, and thiamine. The most important are pyridoxine and Riboflavin. Lack of Riboflavin leads to loss of appetite, muscle weakness, General fatigue. Lack of pyridoxine causes depression, fatigue, hair loss, poor circulation.
2
A liter of beer covers seventeen percent of the daily value for Riboflavin, Biotin and pyridoxine, thirteen percent of your daily value of Niacin, eight percent of the daily value of Pantothenic acid, and from ten to forty-five percent of the daily value of Politov or folic acid.
3
In the beer contains natural carbon dioxide, which improves and accelerates blood flow to the mucous membranes of the mouth, increases salivation, promotes the formation of in the stomach hydrochloric acid helps the kidneys remove unwanted substances through urine.
4
Beer contains more than thirty kinds of trace elements and minerals, most of which are originally contained in the malt. For example, in beer there is quite a lot of silicon, which is important for the health of the human body. From silicon depends on the condition of the bone system, it has protivootecna and anti-sclerotic effect. In beer the silicon is present as silicic acid, and its concentration in the drink is five times higher than in drinking water. It is believed that the silicon displaces the body of the aluminium, thus reducing the harmful effects of this metal on the human health.
Note
The problem is that along with vitamins and minerals, in beer also contain poisonous compounds, which are byproducts of fermentation. These include fusel oil, aldehydes, esters, methanol, the content of which in beer many times, for example, the allowable level of concentration for vodka, which is obtained from alcohol of the highest purification. Moreover, in recent years the alcohol content in beer increased significantly, making beer alcoholism is a serious problem because it develops several times faster than vodka.
Is the advice useful?
See also
Подписывайтесь на наш канал