Who are the misanthropes

Very often you can hear unflattering comments about the person who will read as follows: "Yes, he's a real misanthrope". Why this word has not a good semantic color, you can understand, if we consider the concept of misanthropy. 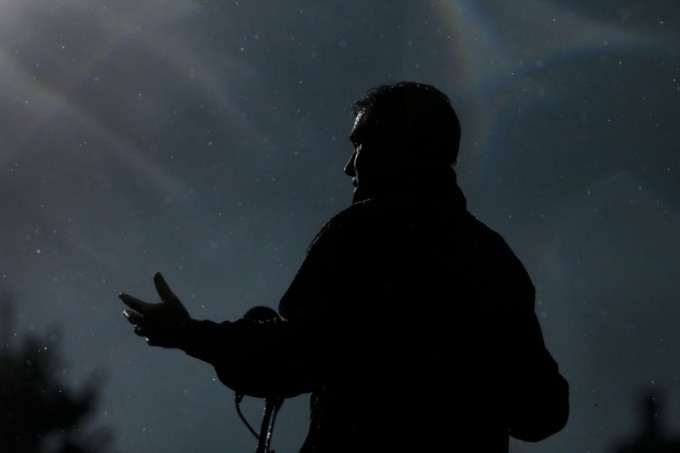 Related articles:
Misanthropy in many books and dictionaries is translated as follows: "hatred", "hostility, contempt". It is believed that misanthropy is a rejection of other people, alienation in society, the manifestation of an irresistible dislike to other people.

As a rule, people who have a penchant for misanthropy, is visible at once: he does not like communication, avoids conversation with strangers, often have a narrow circle of friends, if not not. Such people are very critical and intolerant of others, often have a very bad temper and because I live in seclusion.

Misanthropy is not a disease and not a mental disorder, is not a given by nature, but acquired trait which does not necessarily dominate, so psychologists often speak about so-called hidden psycho people adequate to society, but critical to others, to ourselves.

Misanthropy often leads to the inability to adapt to the society of other people, it can be a life philosophy or as a consequence of disappointments in life, people, public foundations. This quality may be inherent to the people-perfectionists, i.e. the one who makes excessively high demands on others. The impossibility to obtain the result corresponding to their queries, leading perfectionists to the idea of imperfect world and people disliking him.

Another type of psycho, idealists. They create their ideal world and the people in it. This is their main problem. When idealists face the reality of their picture of perfection is crumbling. The intolerance to the faults of people pushes them away and violates the psychological comfort, after all, a misanthropic idealist, as a rule, are people with fine mental organization.

It should be noted that there are many famous people that their characteristic of a misanthrope, did not prevent to gain respect in the society, among them people like bill Murray, Ambrose, Gwinnet Beers, Alexander Gordon, Egor Letov. The scope of their activities range from acting, writing, journalism to singing.

It is curious that psychologists see in the dislike another reason to dislike myself. That is, in fact, these people do not love themselves, they irritate their poor quality, so finding the slightest manifestation of these qualities in other people, they get angry. Of course, such behavior is a sign of weakness, but often it transformirovalsya in the pursuit of self-improvement.

In psycho, there is almost no sense of compassion and empathy for others, they are extremely indifferent to other people's problems.
Is the advice useful?
Подписывайтесь на наш канал