What are the most polluted sea in the world

Contaminated with the different varieties of waste of the world sea - beach of our time. Mediterranean, Azov, Baltic, Black in Europe; South China, Laccadive - in other regions of the globe are antiliberal ratings clean seas. 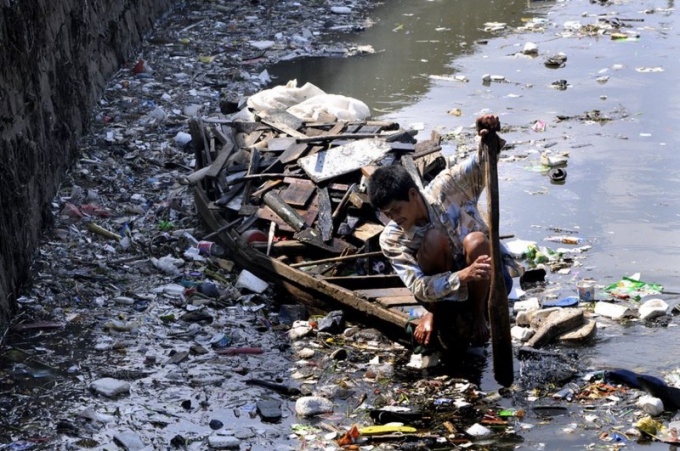 According to Greenpeace, fame dirtiest awarded the Mediterranean sea. The cradle of civilization off the coast of France, Spain and Italy contains at kilometer of seabed more than 1,950 items of waste. While tourists from all over the world looking at the sunrises and the sunsets over the Crete, under the bottom of cruise ships lie the layers of plastic bottles and bags, destroying the last stocks of tuna and swordfish.

In a liter bottle of Mediterranean water contains 9-11 grams of oil, plus heavy metals and sewage.

Second, “mud”- the Black and Azov seas. Having a closed structure and benthic layers of hydrogen sulphide, during storms their eco-balance is complicated by the mixture of putrid deposits of junk and waste water the largest rivers of Europe.

Another leader of the sad rating - Baltika. This waterway of Northern Europe shallow. The hydrological fact is compounded by the fact that for decades in the waters of the sea of the industrial giants of Europe arranged the cemetery of debris. Only the sea was six dozen deadly tombs.

The Baltic sea - and even the world's only sea, which is called the sea of death of the future! We are talking about half a million tons of German shells, bombs and toxic substances buried at the bottom of the sea. Under the action of salt water and the ravages of time munitions with mustard gas, sarin, diphosgene, soman, rust, bringing a catastrophe on a European scale. For example, mustard gas hydrolyses and forms a poisonous jelly, poison the sea for many decades.

After the second world war, the British flooded the West of the channel 120 thousand tons of chemical warheads. In view of the unlimited dumping of waste industrial water, power plants, North sea as the same is considered dirty. At least, the environmental Commission of the EEC identified it immediately after the Mediterranean, Black and Baltic.

Rapidly developing economies of Southeast Asia and China with their dirty ports and megacities of the South China sea: Hong Kong, Macau, Shenzhen, Taiwan in the first place. The main toxic component has become a growing stream of wastewater flowing into it without any filtering. The South China sea according to the results of samples in its coastal waters is most dirty sea of the southern hemisphere.

The big cities of Western India: Calcutta, Chennai, Visakhapatnam has made the coastal waters of the Bay of Bengal and Laccadive sea the second pollution of the sea by the region of Asia with the highest content of heavy metals. In port waters, their concentration is 0.3-0.5 ml per litre.

Technological disaster in the Gulf of Mexico, the U.S. has made it the most dirty sea of America. Just off the coast of Louisiana in the sea fell about 10 million barrels of oil.

Gulf of Mexico closes the ranking of the most polluted seas of the world ocean.
Is the advice useful?
See also
Присоединяйтесь к нам
New advices