Taught by the tale "Morozko"

Tales – the most ancient stratum of folk art, in ancient times they were regarded as a cautionary tale or as a parable. They did not claim to historicity, and any certainty, but it is widely used by people as a tool of spiritual education, because in addition to magic and an exciting plot show the contrast between good and evil. 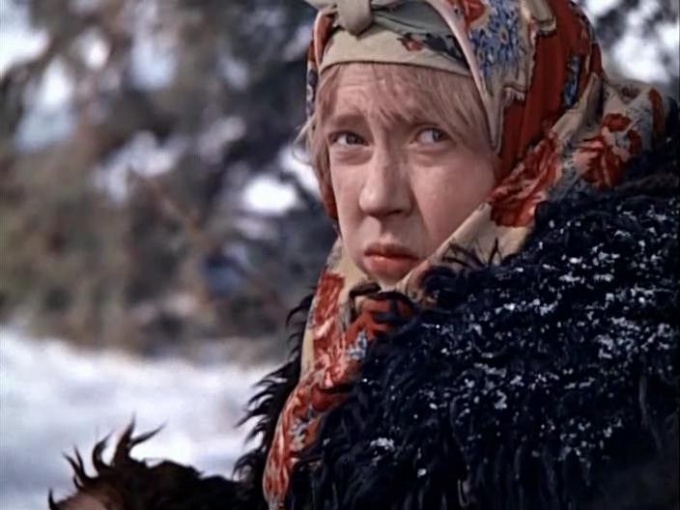 The origin of the tales

Vintage Russian fairy tale "Morozko" refers to a category of winter tales, it is believed that it is an interpretation of the "Lady Hulda". However, there are a few facts that can point to more ancient roots. For example, the character of Jack frost or Santa Claus – originally Slavic the image of the spirit-the Lord of winter, cold and North winds. And the fact that the main hero is a virtuous pagan Slavic character, suggests that the tale may have been created before the advent of Christianity. In addition, it is never mentioned about the Church, Christmas, holidays, and all that is often present in fairy tales of a later period.

The similarity of the ideas of "Morozko", "the Lady Hulda" and even "Cinderella" is not surprising. Children are always easier to perceive the evil if it does not come from a native person, for example, the mother, and from strangers stepmother and her children. In the tale it is stated in the first lines, as if the listener from tuning out the negative attitude to the image of the stepmother and her ugly and lazy daughter.

In the Soviet kinoskazka Alexander Rowe stepdaughter's name is Nastya, and the daughter stepmother Martha, but in the traditional Russian tale of the girls ' names are not called.

"Jack frost" teaches, first and foremost, diligence and obedience. Daughter and stepdaughter opposed to each other: one is accepted for any work not contradict the stepmother, calmly endures all things for her, not complain and not has been sassing. The other girl suspended from work, she's lazy and stubborn, capricious and evil, often laughs and mocks her sister. The tale shows the beautiful hard-working and industrious stepdaughter and her complete opposite – lazy, capricious and a daughter.

In fact, it would be the opposite: continuous work, sleep deprivation and sun exposure necessarily would affect the appearance of a good girl, while lazy daughter had to look after themselves, rest and sleep.

The resignation and blind obedience were highly valued in women of a Patriarchal society. Even when the stepmother sent the stepdaughter to death – to collect firewood at night in the woods and even in a Blizzard with severe cold, the girl dutifully obeys. Between the lines in the story reads that she was obliged to do so, as full and unquestioning obedience to parents is the basis of the Slavic culture. In happiness, in the forest stepdaughter met Jack frost.

The main part of the tale dedicated to meeting stepdaughter and frost, its main goal is to convey to the listener that in addition to hard work and obedience to it there was another important female trait – humility. Frost several times passed the girl in a circle, reinforcing the cold, and asked: "heat is your girl?". And although she was poorly dressed for the cold, of course, it was freezing, but frost answered that she was warm. In this women's sense of humility – no matter how hard and bad, to complain and to murmur a real girl not. For her character, meekness, modesty and diligence, frost rewards her stepdaughter with a cart drawn by three horses, and a hope chest.

A truly Royal gift makes the stepmother and her daughter's fit of pique and envy. Stepdaughter is ready to share with her sister, but the daughter stepmother wants more of what brought stepdaughter. In one version of the tale she goes to Jack frost to demand dowry, to another it sends the stepmother. The result – the girl is either returned empty handed or frost freezes her to death. This is payback for all the evil done to the stepdaughter, for laziness, cruelty, disobedience and envy.
Is the advice useful?
Подписывайтесь на наш канал