How does wireless mouse

Today, wireless mice are widely demanded and popular gadgets that you can use with computer and laptop. However, some people don't understand how it works – because the wireless mouse does not require use of any wires. 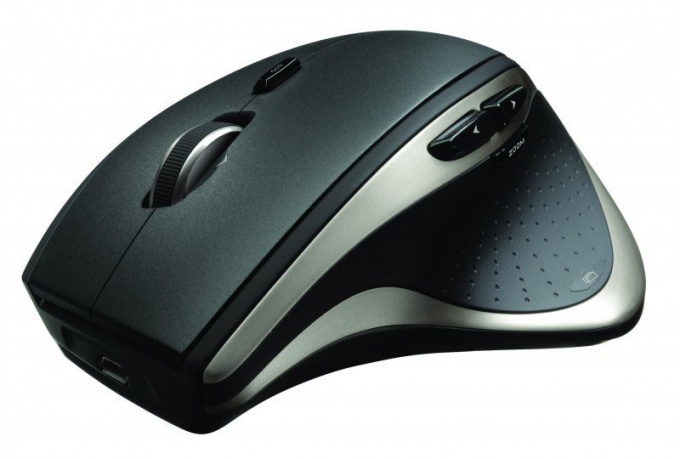 Most wireless mouse communicates with the computer using radio frequency communication, to establish which necessary components such as receiver and transmitter. Using the default mouse transmitter transmits electromagnetic signals that report information about the pressed buttons and mouse movements. The receiver connects to the computer, receives the signals of the mouse and passes them to the operating system driver wireless mouse.

The receiver can be either built-in or a separate device connected to the computer in the form of a special card inserted into the expansion slot.

The same principle is used by many electronic devices – cell phones, wireless networks, drives, garage doors, remote controls and so on. However, unlike infrared, which are those devices, RF communication does not require the presence of the mouse and receiver on an available distance from each other. The signal transmitter of the gadget passes easily through obstacles in the form of a computer monitor or table top.

As in most modern computer mice, wireless models use no ball and an optical system that significantly improves the accuracy of the gadget. In addition, the optical system allows the user to use a wireless mouse almost on all surfaces, which is very important for the device not connected to computer by cable at least for some time.

Another advantage of radio frequency communication – the minimal energy consumption of the radio transmitters and receivers, which also are lightweight, inexpensive and can run on batteries.

Sync wireless mouse is necessary for the interaction of the transmitter with the receiver, which must operate on the same channel that represents a set of identification code and the frequency. Thanks to the synchronization prevents the occurrence of interference provoked by other wireless devices and by unauthorized sources.

Every manufacturer equips its wireless mouse – some models (more expensive in the overall ranking) are sold already synced, and some need to synchronize automatically by pressing certain buttons on the device. Protection of data transmitted with the mouse to the receiver, carry out the encryption mechanisms or the technology of frequency hopping.
Is the advice useful?
See also
Подписывайтесь на наш канал