How to solder the wire

Brazing is a convenient and reliable method of joining electrical conductors to each other. From welding brazing is characterized in that the connecting objects are not melted even partially, but instead melt the fusible solder. 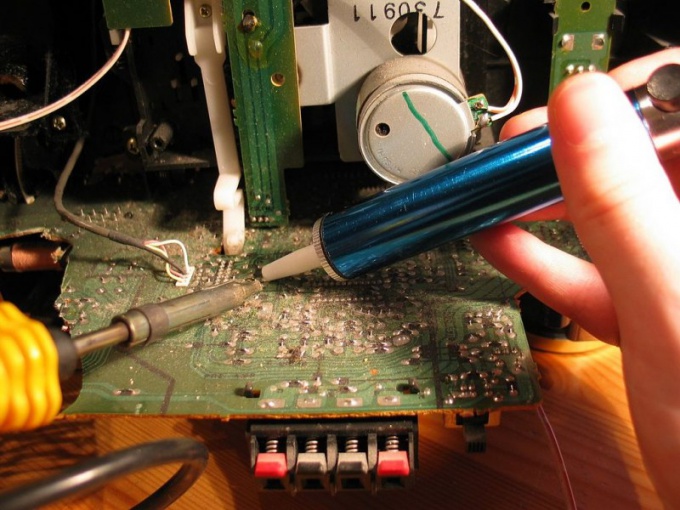 Related articles:
You will need
Instruction
1
Completely unplug all objects (wires, parts, circuit boards, connectors, etc.) that you are going to connect by soldering. If you have capacitors, discharge them through a suitable load, but not a short circuit. Then using a voltmeter, verify that they are indeed discharged. Turn on the soldering iron and let it heat up.
2
Before you solder the wire, it is necessary to zaludit. First, strip it into small length. If he is stranded, lightly twist the strands together. Press it to the surface of the rosin, vplate a soldering iron in it, and then immediately remove and wire, and a soldering iron. Now the wire is covered with rosin. Dial on tip of a soldering iron a bit of solder (too much to gain not) and move them over the wire. The excess solder to remove. Let the wire cool down. Now he's grassing. In the same way can be tin flexible insights details.
3
If you want to solder together two wires, the second saludito the same way. Align them to each other, apply the soldering tip of the iron rosin first, then a bit of solder. Allow the solder to flow, remove the excess. After cooling the soldering cover it with electrical tape. If you solder the wire you want to the printed conductor, the terminal, etc., first saludito the corresponding object. To put it in rosin uncomfortable, so first, apply the resin, and then solder. Then solder the wire in, output details, etc First soldering will get messy but over time, skill will come. And while the experience is still not dialed, it is recommended to practice for the faulty boards and parts.
4
Some parts are prone to failure from intense heat. Ludite and braze their conclusions only at a certain distance from the hull. The heat removal use tweezers placed between the joint and body parts.
5
In all cases, ensure the immobility of the brazed objects up to complete solidification of the solder. Otherwise the ration will have to be repeated. If you applied too much solder, to remove it use a soldering iron, the tip of which is covered with rosin.
Note
Do not work under tension.

Do not allow drops of solder and rosin on her feet.

Do not use acid flux neutral.
Is the advice useful?
See also
Подписывайтесь на наш канал