How to learn programming html

One of the "basic" languages of web programming - html is one of the main components in the engine sites in their structure. Any aspiring programmer should read and learn html. But how to do it, getting maximum value without spending a lot of time? 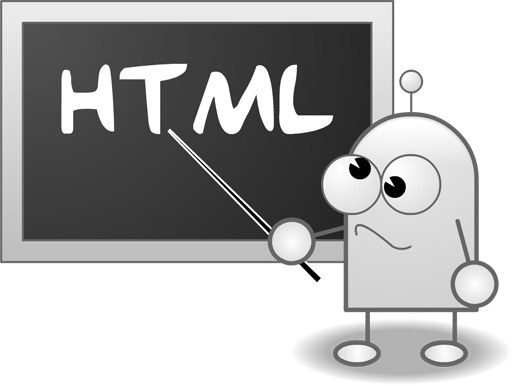 HTML (from the English. HyperText Markup Language - hypertext markup language) is a standard markup language for documents on the Internet. Is, in fact, the main and only language to build web pages that can contain scripts and other languages: Java, php, CSS etc.

Although the theoretical part of the study of this language can be known for some 2-3 months, practical skills are normally developed life, because it is one of the most dynamic programming languages that is constantly evolving, supplemented and modernizarea, thereby forcing the web programmer to improve your skills.

Any user can in real time find out what language the page is written in the network: you need to click RMB on an empty space and select "View code page" - languages page will be in the tag

XHTML is similar to HTML, the markup language web pages are used most often to build complex web applications, but have a much more complex syntax and error tolerance. When talking about the importance of the structure of the document, always mention XHTML, not HTML.

Learning XHTML won't take much more time than HTML, but its effectiveness in light of the emergence of a new language - HTML 5 - drops significantly.

When the smart guys, who all his life studied languages of web programming, I realized that the constant toss up between the simple eye and a complex HTML, but XHTML right just annoying - they decided to create something universal, something that will contain syntactic annotation of both languages, thus not to lose quality. Thus was created the HTML 5, which is officially under development, but, in fact, is a working standard (eng. HTML Living Standard).

How to learn programming html? Tips for beginners

Before to start to study something and waste their time, we need to define our goals. If the goal is to mark up a few pages or do a online business card, you are unlikely to require even the purchase of books: enough for one or two months of hard work, using Internet resources for learning HTML and CSS (cascading style sheets - a language for describing the appearance of your document), and the site is ready.

If people want to do web programming and learn the fine points of manual typesetting, the time he will spend about 10-15 times more. In order to understand the syntax of all languages like SGML will need to learn XML first (language for structuring web documents with complex syntax), then study the HTML 5 along the way (as these two languages are inseparable) to study the CSS, and then "pour" it all good Java.

Many people mistakenly assume that successful developing web-based resources need to know 1-2 languages. This is not so. The knowledge for such a small number of languages does a web programmer "clumsy" - unable to think creatively.

To succeed in web programming, takes willpower. Well, and following the advice does not hurt.

In the process, you must use media resources: today there are many educational websites on which the information is presented in a digestible form, and, therefore, language learning will not only bring benefits but also pleasure.

- The practice. After studying the "theoretical framework", you need to immediately begin to practice - Notepad or editor like Notepad++ needs to be opened on the computer 24 hours a day.

A programming language - just like English or French - will not develop unless you practice.
Is the advice useful?
See also
Присоединяйтесь к нам
New advices