Who is Elena Malysheva

Elena Malysheva, doctor of medical Sciences and TV star. She was born in Siberia into a family of doctors. Pathological the student. Graduated from school with gold medal, Kemerovo medical Institute with honors. It seemed that her medical career is predetermined. However, in life there is always a place for accidents. 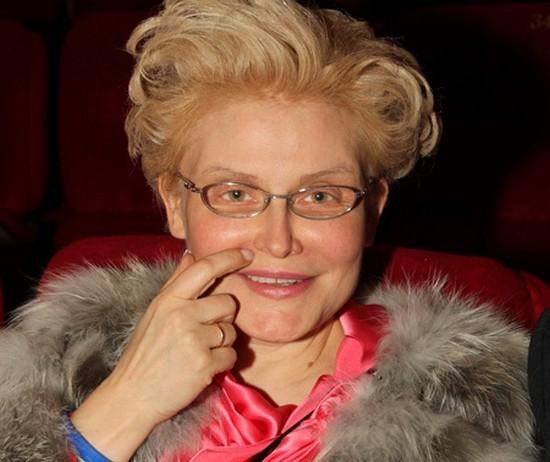 Elena Malyshev graduated from the Moscow Academy of medical Sciences and defended his thesis. After that she worked briefly as a physician. He soon entered the service of the Second medical Institute in Moscow, to the post of assistant Professor of internal medicine. Currently Malysheva, Professor, Moscow state medico-stomatological University.

Despite his successful television career, she never left the scientific activities in the field of medicine. Elena is the author of over fifty scientific publications. In 2007 he defended his doctoral thesis.

On television, Elena Malysheva was by accident. One day she called in a press-service of regional administration and complained in a television broadcast, there is absolutely no good, educational, and medical programs. Learning of this, her school friend brought Elena to the local television Studio and was introduced to the editor. Ideas Malysheva received support. So she became the Creator and host of "Recipe", which went live Kuzbass television. Six months later, the Family Malyshevich moved to Moscow. Here the Kemerovo TV star already precisely knew, than will be engaged.

Releasing medical programs on one, then in another capital channel, two years later, Malysheva became a star RTR. In 1997, ORT was its program "Health". TV presenter became a member of the Russian television Academy.

Elena Malysheva is a healthy way of life. Is a vegetarian diet, not abusing alcohol and tobacco. She believes that hard work is the best antidepressant and a recipe for long-term sanity of the person.

Now Elena Malysheva is "Live healthy!" on the First channel. She goes out in primetime with high ratings. The presenter has government and state awards such as the "Order of friendship", medal "For merits before domestic public health services". Along with Elena Malysheva received the award "Silver Shoe" for the episodes, contrary to common sense, in the air its programmes.

Programs Elena Malysheva and then the stories come, causing a public outcry and bewilderment of the audience. They become the reason for the parodies discussed in social networks and harshly criticized by the experts.

In one of the programs Malyshev was so fascinated by the topic of circumcision, I decided to demonstrate this process clearly. As the model was selected woman from the audience, which the leading cut collar sweater, and along with the tuft of hair.

In another broadcast discussed the topic of emission gases during intimacy. In confirmation that this is normal, was lost Amateur video. The program has caused serious public outrage and presenter admitted that went too far.

Public protest Helen malyshevoy expressed beekeepers of Russia in response to her statement about the dangers of honey. It criticized Dr. Komarovsky for the recommendation to RUB the child at an elevated temperature. This measure pediatricians for over fifty years, I consider deadly for kids.

The excitement was caused by the broadcast, in which the leading cut up a rat. Malysheva publicly insulted Michael Jackson, for which she was overwhelmed with the wrath of fans king of pop music.
Is the advice useful?
See also
Подписывайтесь на наш канал