What is the essence of the theory of Marxism

In recent years more and more people around the world interested in Marxism. A system of views on society, politics and economy developed by Marx, Engels and Lenin, of course, contains some contradictions. But at the same time it is of high symmetry and logical validity. 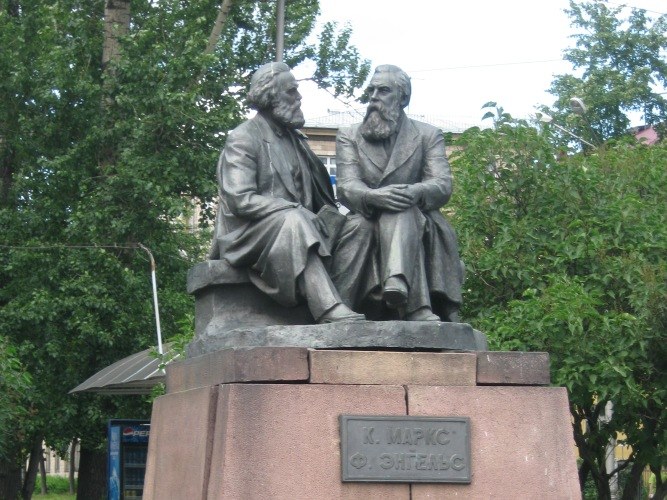 Marxism is a system of socio-political, economic and philosophical ideas, first outlined by Karl Marx and Friedrich Engels and later developed by Vladimir Lenin. Classical Marxism is a scientific theory of the revolutionary transformation of social reality, about the objective laws of social development.

Marx's theory did not arise in a vacuum. Sources of Marxism became classical German philosophy, English political economy and French utopian socialism. Taking of these currents is the most valuable, Marx and his closest friend and collaborator Engels was able to create the teaching sequence and the completeness of which is recognized even by ardent opponents of Marxism. Marxism connects the materialist conception of society and nature with revolutionary theory of scientific communism.

The philosophy of Marxism

The views of Marx were influenced by the materialistic philosophy of Feuerbach and Hegel's idealistic logic. The founder of the new theory was able to overcome the limitations of the views of Feuerbach, and his excessive contemplation and underestimation of the importance of political struggle. In addition, Marx reacted negatively to the metaphysical views of Feuerbach, did not acknowledge the development of the world.

To the materialist understanding of nature and society, Marx added the dialectical method of Hegel, ridding it of the idealistic husk. Gradually I could make out the contours of a new direction in philosophy called dialectical materialism.

The dialectics of Marx and Engels was later extended to history and other social Sciences.

In Marxism the question of the relation of thinking to being resolved by far from a materialist position. In other words, being and matter is primary, and consciousness and thinking is only a function in a special way organized matter, which are at the highest stage of its development. The philosophy of Marxism denies the existence of a Supreme divine essence in whatever clothes her ryadili idealists.

The political economy of Marxism

The main work of Marx, "Capital" on economic issues. In this work, the author creatively used the dialectical method and the materialist conception of the historical process to the study of the capitalist mode of production. Opening the laws of development of a society based on capital, Marx proved that the collapse of capitalist society and its replacement by communism is inevitable and objective necessity.

Marx researched in details the basic economic concepts and phenomena inherent in the capitalist mode of production, including the concepts of commodity, money, exchange, rent, capital, surplus value. Such a deep analysis, has allowed Marx to make a number of conclusions which are of value not only for those who are attracted to the idea of building a classless society, but also businessmen, many of whom are learning to manage their capital using book marks as a guide.

The doctrine of socialism

Marx and Engels in their works conducted a detailed analysis of social relations characteristic of the mid-nineteenth century, and has proved the inevitability of the collapse of the capitalist mode of production and the replacement of capitalism more progressive social system – communism. The first phase of Communist society is socialism. It is immature, incomplete communism, which largely contains some ugly traits of the former regime. But socialism is an inevitable stage in the development of society.

The founders of Marxism were among the first to point to the public power, which should become the gravedigger of the bourgeois system. It is the proletariat, the wage workers, who have no means of production and forced to sell their ability to labor, hiring workers to work to the capitalists.

Because of their special position in the production of the proletariat becomes a revolutionary class, around which unite all the other progressive forces of society.

The Central position of the revolutionary theory of Marxism – the doctrine of the dictatorship of the proletariat, through which the working class holds its power and dictates the political will of the exploiting classes. Under the leadership of the proletariat, workers are able to build a new society in which there will be designated class oppression. The ultimate goal of Marxism is to communism, a classless society based on the principles of social justice.
Is the advice useful?
Присоединяйтесь к нам
New advices