What are the ideas of communism

The ideas of communism became very popular and changed the world picture of his age, was an attractive novelty and called for a complete change of the entire vector of political and state development. That is why they are so easily entered the hearts and minds of people. 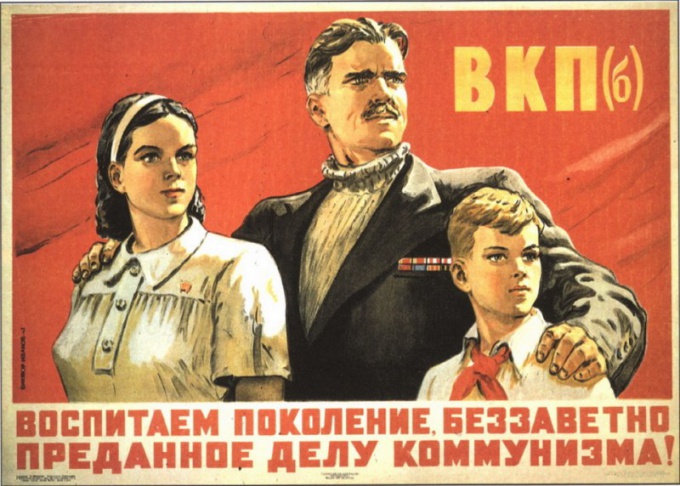 Communism is a term derived from the Latin word commūnis ("common") and means "perfect world" model of society in which there is no social inequality, there is no private property and everyone has the right to the means of production, ensuring the existence of society as a whole. The concept of communism was also a gradual decrease in the role of the state with its subsequent withering away of the unnecessary, as well as money, and the responsibility of each person to society under the slogan "from each according to his ability, to each according to his needs". By themselves, the definition of "communism", the data in different sources differ, though the General voicing ideas.

The basic ideas of communism

In 1848, Karl Marx formulated the basic tenets of communism - a series of steps and changes that will make possible the transition from the capitalist model of society to a Communist. He read it in "the Communist Manifesto", published 21 Feb.

Labor obligations in the form of labor groups were introduced to all without exception, especially in the field of agriculture, abolished the principle of the transfer of inheritance and property alienated immigrants in the state. Had to build new state of the factory, creating primarily new means of production. Planned introduction of centralized agriculture by the state and under its control. Special importance was attached to the unification of agriculture with industry, gradual merging of towns and villages, the elimination of differences between them. In addition, had to be introduced total free the upbringing and education of children and educational activities, combined with the production process, abolished child labor in factories.

In Russia these ideas were embodied in Marxist-Leninist philosophy, ideology of the working class, calling for the overthrow of the capitalist system and the struggle of the proletariat for the building of a Communist society. Marxism-Leninism was officially enshrined as the state ideology of the Soviet Union Constitution of 1977 and lasted until the collapse of the Soviet Union.
Is the advice useful?
Присоединяйтесь к нам
New advices