The 5 most common pitfalls of baking sponge cake

Cooking is not for nothing is sometimes called "culinary experiments." Biology, chemistry, physics – all these Sciences prevail in an ordinary kitchen. In order to understand why it has not risen bread or cracked cake, you should know dozens of different rules and formulas, or to see the typical mistakes made by Housewives for baking. 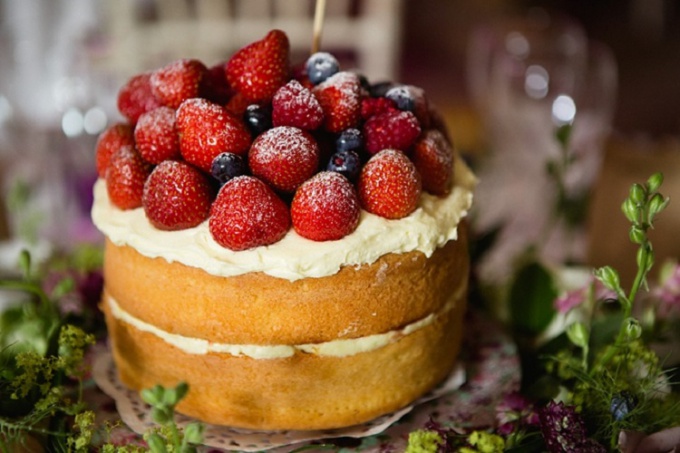 Cracked biscuit – the nightmare of many Housewives. Shallow cracks, you can cover it with cream or icing and they certainly will not spoil the appearance of the product,but even a perfect taste of baked goods will not save from failure, if the cracks lay like faults in the earth's crust. The reason for this lamentable failure can become too high temperature of the oven. The obvious solution seems initially to reduce the degree of heating, but in this case, the biscuit may not form a smooth Golden crust, is essential not only for beauty but also for the correct test done. Many Housewives bake, cover the form with foil and then remove it. Biscuit turns Golden, but not fluffy enough. The most correct in this situation, if you bake often, invest the money in buying a good thermometer for the oven and the stove, strictly following the specified recipe temperature.

Another common cause of the crack on the biscuit – looking, forcing chefs to once again open the oven door to check baking. Due to fluctuations in temperature can not only crack biscuit dough, but to settle down enough custard or grilled flaky. Get in the habit to follow cakes only through the window of the oven until then, until the product surface is not formed a strong, beautiful crust, and you can check availability, piercing the sponge with a stick, only a few minutes before the expiration of the prescription time.

One more trouble that occur with a whimsical biscuit dough in the center on a rope was formed of the dome-shaped bulge. The reason for this may be a too hot oven (still need to buy a thermometer!), and unsuitable for the size of the form in which baked goods "closely" and it will, Willy-nilly, "climbs" out. If you are an inexperienced pastry cook, avoid recipes where not provided much important information on the form what size is the amount of dough.

Biscuit donkey on one end and rose on the other

The reason for "sagging" of the biscuit can be stand mounted crooked, unevenly operating the heating element and too intensively working fan. What angle is in the oven baking, easy to figure out using a standard construction level. Uniformly heats the element can only be understood after a series of "experiments". If the cakes are always baked through more on the one end, it's time to call the master.

Biscuit donkey in the center

The reason for this behavior test is too much baking powder – baking soda, baking powder (baking powder). These supplements will stimulate the release of carbon dioxide, causing the cake to rise quickly but not sufficient for the number and volume of "bubbles" amount of gluten will not allow the dough to "keep" them and the cake will settle.

The abundance of baking parchment greatly facilitate the life of modern Housewives, but if the bottom of the mold is not oiled special sheet, the cake will stick and you will have to pull out the parchment, breaking the beauty of the Golden prepackages test. Do not forget to grease with butter and then lightly flour the top. If the sponge will be attached to him, he can not climb.