The most famous works of Mozart

Wolfgang Amadeus Mozart is the worldwide known composer of classical music. His whole life was connected with music, the first piece was written by little Amadeus in 5 years, the last on his deathbed. Mozart lived for only 36 years, but during that time he created 652 works, many of whom became truly great. 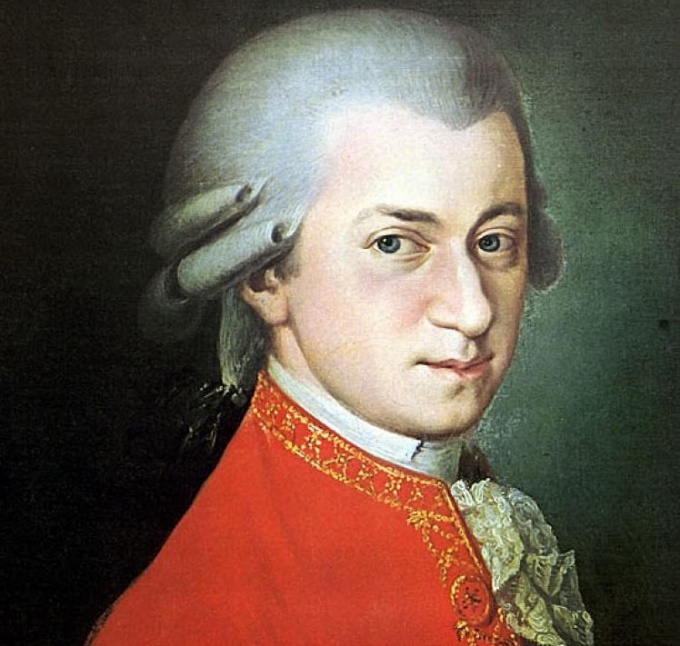 Related articles:
Perhaps the world would not know about Amadeus Mozart had his father Leopold was a musician and did not see the time the boy's talent. However, by most accounts, Mozart would not be who he became if not for a special bond between him and God. Amadeus didn't just divine play, he created his own unique style, which is the imprint of time.

"The marriage of Figaro" - the top operas

Among the musical compositions of Mozart's most popular Opera, both classic and comic. Over a lifetime, Amadeus wrote over 20 operas, among them such gems of art as "don Giovanni", "zauberflöte", "School lovers", "the abduction from the Seraglio" and, of course, "the marriage of Figaro."

Amadeus did not wish to have a permanent job, so he could participate in any interesting project. Thanks to this system, and there were most of Mozart's works.

The music for "Wedding of Figaro" Mozart wrote 5 months, starting in December of 1785. The Opera premiered on 1 may 1786 in Vienna, despite the fact that many do not want. Salieri and many of the court theatre count Rosenberg at rehearsals I realized that "the marriage of Figar" is a masterpiece of a higher level of art. They were trying to delay the premiere of in fear after losing her own credibility.

Premiere really brought Mozart a victory, despite the fact that "the marriage of Figaro" was banned for some time because of the content. This victory for the last 2 centuries is not only not faded, but with more of a Shine.

"Requiem" is the last work of Mozart

In 1791, with Mozart anonymously contacted the mysterious customer, who offered to write a Requiem which will be performed at the funeral of his deceased wife. At this point, the Amadeus already suffered from the unknown disease and then decided to accept the offer as the last of his order. Many believe that subconsciously Mozart wrote the Requiem for his own funeral.

Despite his musical genius, Mozart did not know how to properly conduct their financial Affairs, so his welfare is constantly changing: from the glamor and Shine to absolute poverty.

Unfortunately, the great composer did not finish his last work, he died, and did not finish it. At the request of his wife Constantia, the work was finished one of the disciples of Amadeus – Franz Sussmayer and delivered to the customer. Later it turned out that the last client of Mozart turned out to be count Franz von Walsegg who loved to give other people's works for his own, which he did, giving the posthumous masterpiece of the great composer himself.

Later Constance was able to identify the work of her husband and the truth prevailed. However, the story of the "Requiem" was not clear until the end: it is known that major part of this work was written by Mozart, but to calculate what was added by his disciple, and failed. But, despite this, the "Requiem" is the greatest work, one of the most touching works of Mozart.
Is the advice useful?
Присоединяйтесь к нам
New advices