How to determine the authenticity of the agate

Agate is a semi-precious stone, layered variety of chalcedony. It is very decorative due to its colourful banded structure and is a valuable jewelry-ornamental materials. The stone has long been credited with medicinal and magical properties. Natural agate is often gray and blue, but there are other shades. The stone is often dyed to obtain a more vivid color and crisp picture as well as mimic of glass or plastic. Therefore, the ability to determine the authenticity of the agate can be useful. 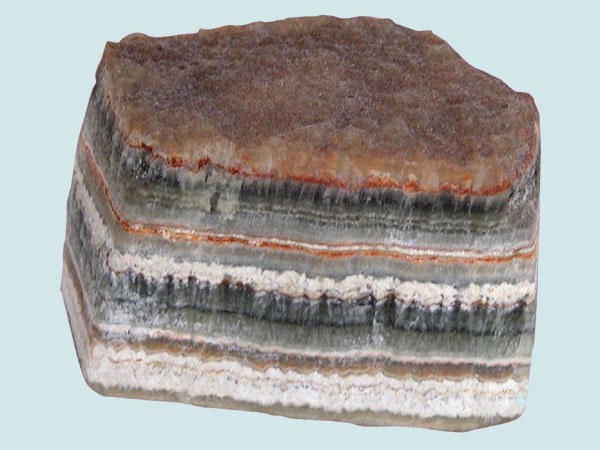 Related articles:
Instruction
1
Dyed agates appeared in ancient times: the stones were weathered in honey, and then progulivali in the oven. Now used for coloring a variety of chemical compounds are not as harmless as honey. Nitrate of iron gives Agatha a rich red color, hydrochloric acid – yellow, salt, chrome green, potassium ferrocyanide and iron sulfate – shades of blue. It is unlikely that after such aggressive treatment, the agate will retain their medicinal and magical properties. Therefore, buying agate, pay attention to color. If it is too bright, acidic, and layers too contrasting, the stone painted artificially. From buying better to abstain.
2
Fake agate are often made of glass or plastic. Glass with addition of painting substances in a certain way to cut it is difficult to distinguish from natural agate. Imitation stone, plastic, made in the home of colored translucent polymer clay. It is molded, cut, baked in the oven and grind. A little experience and imagination – and you can recreate the internal structure of the crystal of agate, and colored layers. To recognize counterfeits of glass or plastic, squeeze them in your hand. They will quickly heat up, while natural stone needs to stay cold.
3
In the sale, very often the imitation of pressed black agate stone chips. It is believed that the magical properties of black agate unusually strong, it gives the owner strength, fortitude and power over evil. It is easy to guess that the extruded and painted stone crumb of these properties is not. Buying necklaces, bracelets, or beads of black agate, keep in mind that natural stone is always layered and is not a uniform color. Stripes of different shades of black can be combined with white, gray, red. Try to scratch with a needle from the holes of the beads. Extruded agate fragile, it will crumble and break away.
Note
Magical properties agate. Stone agate can serve as a talisman for anyone, it will protect it from disease, energy vampires and evil forces. The person who wears this stone becomes more confident, calm and restrained, allowing you to face any types of energy impact.
Useful advice
The magical properties. Agate is considered a mineral, is able to harmonize the environment, make its owner pleasant and eloquent, and protects it from negative external influences (power attacks and the so-called psychological vampirism) taking on negative energy.
Is the advice useful?
See also
Подписывайтесь на наш канал