Was it possible to avoid the collapse of the USSR

Dramatic event of the 20th century was the collapse of the Soviet Union, which occurred in late 1991 could this event have been prevented or the outcome was inevitable? Experts still have not come to common opinion. 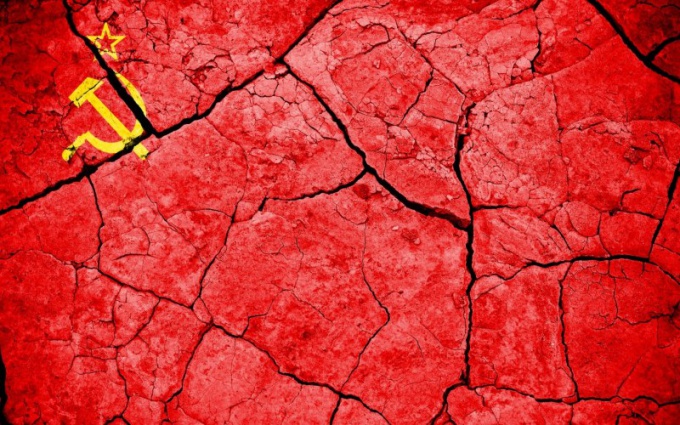 The reasons for the collapse.

In December 1991, the heads of the republics of Belarus, Russia and Ukraine signed in Belovezhskaya Pushcha agreement on the creation of SSG. This document actually meant the collapse of the Soviet Union. Political map of the world began to look different.

First, we need to decide what was a global catastrophe to try to objectively assess the situation. There are plenty. This degradation of the ruling elites of the "era of funeral", which a powerful state has turned into a not very powerful, and the problems in the economy who have long demanded effective reform. This can be attributed to strict censorship, deep internal crises, including the growing nationalism in the republics.

It is naive to believe that it was the stars and the state is broke due to accidentally matched events. Not asleep and the main political opponent of the Soviet Union, forcing an arms race in which the Soviet Union, given all the problems, was not able to succeed. We must pay tribute to the wisdom and insight of Western geopolitics, which managed to undermine and destroy the seemingly immutable "Soviet machine".

The cold war, which resulted in the collapse of the Soviet Union was not limited exclusively to indirect clashes on all fronts in countries such as Korea, Vietnam, Afghanistan. The cold war was in the minds and hearts of the citizens of the USSR and the USA. Western propaganda was more sophisticated. All their mass revolts and discontent of the US and its allies have made in the show. Hippies can preach love instead of war and the authorities quietly allowed them to Express their point of view, however, continuing to stick to their policy. In the Soviet Union, dissent is harshly suppressed. And when to think "otherwise" allowed, it was too late. A wave of discontent, heated from the outside (and the fifth column took an active part) was unstoppable.

The reasons for the collapse were many, however, if everything is simplified, it can be concluded that the Soviet Union collapsed because of jeans, chewing gum and Coca-Cola. There were too many "forbidden fruit", which actually turned out to be a dud.

Options to resolve the situation.

Probably, it was possible to prevent the collapse of the Soviet Union. What solution would be ideal for the state and the country, for the people hard to say without knowing all the unknown factors. As an example, consider the people's Republic of China, which thanks to the flexible action of the authorities was able to pass the crisis of the socialist system.

However, don't underestimate the national component. Although the Soviet Union and China - the multinational state, the peoples of China and the Soviet Union is not identical. The difference of culture and history.

Needed the idea to people. It was necessary to come up with an alternative "American dream", which was teased from the ocean of Soviet citizens. In the 30-ies., when the inhabitants of the Soviet Union believed in the ideals of communism, the country from an agrarian into an industrial in record time. In 40-ies not without faith in the right thing, the USSR defeated the enemy, from which military power at that time was stronger. In 50-ies of the people were willing for the common good shag on the enthusiasm. In the 60-ies of the Soviet Union first put a man into space. The Soviet people conquered mountain peaks, have made scientific discoveries, beat the world records. All this happened largely because of the belief in a bright future and for the good of his people.

For more than 20 years for most economic and social indicators of the newly formed countries have significantly rolled back.

Further, the situation gradually began to deteriorate. The people began to realize the utopian ideals of the past. The government blindly continued to bend the line without thinking about possible alternatives. The aging Soviet leaders primitively responded to the provocations of the West, getting involved in unnecessary military conflicts. Outrageously burgeoning bureaucracy thought primarily about their welfare than about the needs of the people, for which initially all these "national" agencies were created.

It was not necessary to "tighten the screws" where this is not the situation demanded. Then the "forbidden fruit" would not be welcome, and schemers of the West would have lost its main weapon. Instead of mindless repetition is obviously utopian ideals you had time to pay attention to the needs of the people at a time. And in no case do not alternate the "thaw" and other liberal with harsh restrictions. Domestic and foreign policy had to be justified strictly for the benefit of national interests, but without the excesses.
Is the advice useful?
Подписывайтесь на наш канал