Which mountain is the highest in the world

The surface of the Earth abounds in mountain ranges. Mountains are found in practically all continents. Of all the mountain systems to the attention of climbers and researchers still attracted to the Himalayas. These Asian mountains stretches nearly two and a half thousand kilometers. Here is the highest peak in the world – mount Everest. 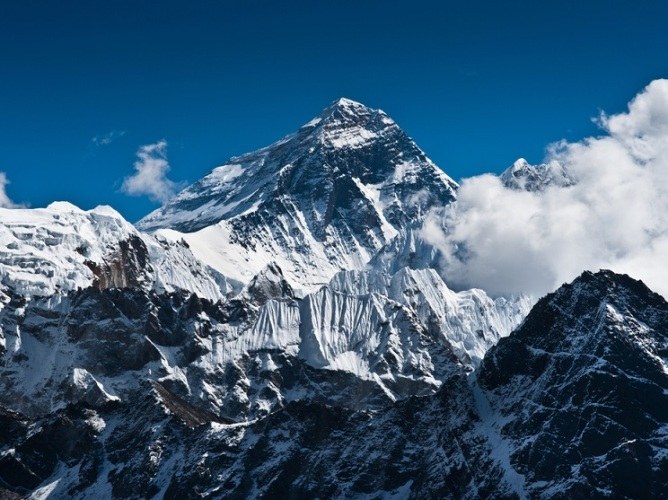 The Gem Of The Himalayas

Everest rises majestically among the Himalayan snows on the height of 8848 meters. The mountain is often figuratively called the tall pole of the planet. Geographically, Everest is located on the border of China and Nepal, however, the peak refers to the Chinese territory, crowning the main ridge of the Himalayas.

Another name of the peak is Chomolungma, which translated from Tibetan literally means "the divine Mother of Life." The Nepalese call the top "the Mother of the Gods." The name "Everest" was proposed in the mid-nineteenth century to perpetuate the name of the head of the surveying British India George Everest.

It is the Everest published his results of measurements of peak, after mount Everest was recognized as the highest peak on the planet.

The area where the Everest, is one of the few places on the planet, not spoiled by civilization. The route leading to the summit, is considered one of the most interesting and exciting in the world. Good to see the top of Everest, is required to overcome considerable distance. But those who make the journey are rewarded opened in front of them.

Everest – for the strong spirit

In appearance Chomolungma resembles a pyramid with a few more steep southern slope. High mountain massif in all directions spread glaciers, which break off at an altitude of about 5000 meters. The steep southern slope is unable to keep himself on the ice and snow, so it's exposed. Free of ice and the edges of the pyramid mountain.

To conquer the highest peak in the world people have been trying for several decades. But only at the end of may 1953, two brave participants in the expedition carried out the first successful ascent of Everest. Since then, the summit was attended by many brave men, though not every climb was successful. The reasons for this are low temperatures, lack of oxygen and heavy wind, knocking the climbers down.

To get to the top only after several halts.

Over the past half century on mount Everest, visited over two thousand climbers from all over the world. The climbing history of these tragic events: from frostbite, lack of oxygen and heart failure has killed more than a dozen people. Alas, even professional mountaineering training and modern equipment cannot guarantee success in such a dangerous enterprise as the conquest of Everest. Proud and majestic peak does not forgive mistakes and weaknesses.
Is the advice useful?
See also
Присоединяйтесь к нам
New advices