What is the meaning of the idiom `Augean stables`

Augean stables called a very dirty room and the mess is not only indoors, or in a certain place, but in deeds. This idiom originated with the ancient Greek myth about one of the exploits of the great hero Hercules. 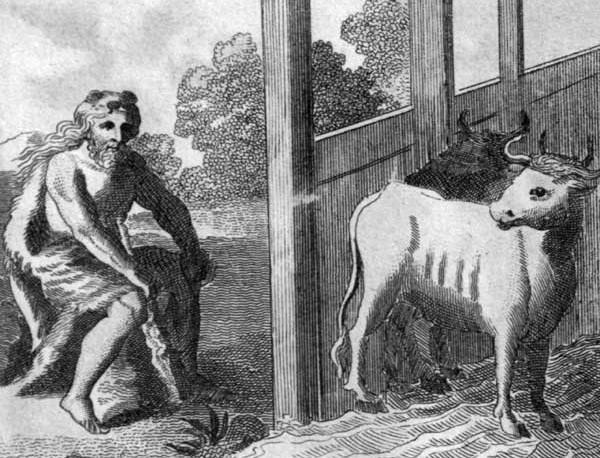 The origin of the idiom "the Augean stables"

In Greek mythology, Auge is king epeef in the Elis region in the northwestern part of the Peloponnese Peninsula. His parents, according to legend, was the sun-God Helios and Girmina (according to another version, Nausicaa). AUGI became famous throughout Greece for its rich herds of bulls and goats, inherited from his father. They were kept in the barnyard, in the stables. It was a magical animals: three hundred bulls, white hair on the legs, two red bulls, twelve pure white and one sparkling like a star.

The exact number of heads in the herd is unknown, probably there were about three thousand.

Despite their magical origin, the physiology of animals was quite earthly, and gradually the stables were filled waste their life. But cleaning the barnyard, no one had, for several years in the stables has accumulated such a quantity of manure that they turned into a stinking, incredibly dirty and scary place. View of the stables deterred all people, and no one was ready to be taken for their treatment, which could take years.

Only Hercules, son of Zeus, took up the case, which without exaggeration called a feat. For this work, Augie promised the hero a tenth of their flock, but set an impossible condition – to clean the stables in just one day. The king was sure that no one is able to cope with this case, but Hercules accepted the offer.

The king's son the Sirloin was watching the performance of the contract and confirmed that the hero has fulfilled his part of the promise. The son of Zeus pulled to the side of the rivers Alpheus and Fines, ruined walls of the stables and spent through the barnyard, the channel in which flowed the water and the day carried away all the manure. AUGI was angry and did not want to give the bulls a reward, and his son, speaking in defense of the hero, kicked out, along with Hercules out of the country. This feat was the sixth in the list of the twelve labors of Hercules.

Later, Hercules avenged Augie: gathered an army, tied with him in battle, captured Elis, and killed the king with an arrow.

The meaning of the idiom "the Augean stables"

The contents of this myth for centuries could poselitsya, but the language is still alive, the expression "the Augean stables", which appeared in ancient times. So talking about a strong mess, very dirty, poor place, indoors, requiring General cleaning.

Also sometimes referred to as the Augean stables is not only a place but a state of Affairs: for example, you can say that about the running situation in the country or the mess in the Affairs of any organization. In any case, this provision, which requires either a very large effort to fix, or drastic measures.
Is the advice useful?
Присоединяйтесь к нам
New advices