How to get rid of bruises under your eyes effectively

Looking at the woman, the men first of all pay attention to her eyes, because it is the mirror of the soul. And what do you do if the soul is enclosed in a dark frame and reflected in the dim mirror? In other words, under the eyes –dark spots, swelling. What can be done in such cases, how to get rid of dark circles quickly? In such cases it is possible to carry out beauty treatments: compresses, masks, and massage the delicate skin around the eyes. 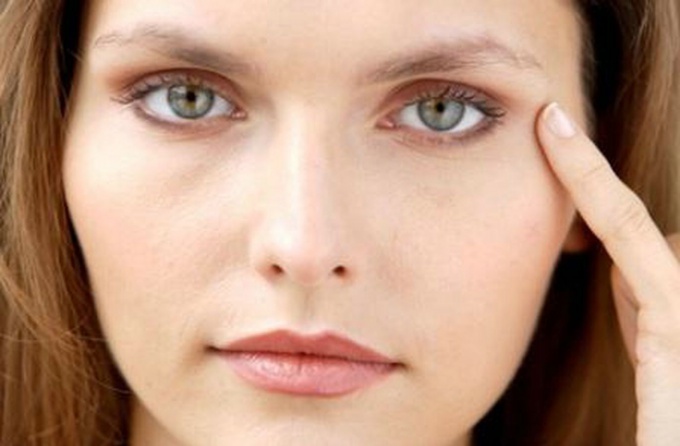 Related articles:
You will need
Instruction
1
Causes bags,bruises and dark circles under the eyes can be several. The most basic of them can be some of the features of the skin, which is very thin and delicate skin under the eyes becomes thinner with age, more become visible small capillaries.
2
The thinning skin under the eyes and appearance of dark circles can be lack of sleep and constant stress, overwork, overexposure to the sun, which under the eyes appear pronounced pigmentation.
3
Another good reason the appearance of dark circles is lack of iron in the blood, kidney disease, gastro-intestinal tract, inflammation of the sinuses. Incorrectly chosen cosmetics can create or reinforce the visibility of bruises and dark spots under the eyes.
4
To help in such cases, to disguise bruising and dark circles under the eyes can recipes of traditional medicine, which are successfully used for this purpose a few hundred years.
5
1 tsp chamomile or fennel pour 0.5 Cup of boiling water and steep for 10 minutes. Then infusion of strain and divide into two parts. Use one hot and the other cold: soak tinctures, cotton pads and alternate hot and cold compresses 10 min. before bedtime. Compresses need in a day for one month.
6
Nourishing and soothing compress: 1 tsp. parsley, grind in a porcelain dish (not metal). The resulting mass mix with two tsp of sour cream. Put on the lid and after 20 minutes rinse with cold water. The course of treatment - 1.5 months daily.
7
Mask of potatoes: grate raw potato on a grater. To put 1 tbsp. l. grated mass on a cotton pad and apply to eyes for 15-20 minutes After the procedure, apply a moisturizer. Carry out the procedure 1 once a week for 1.5 months.
Note
If the cause of dark circles in related diseases, you need to go to the doctor and get treatment under his supervision. In other cases, you can try to cope with the dark circles under the eyes themselves.
Useful advice
The easiest way to get rid of dark circles under the eyes is to put in the freezer a teaspoon and applying it for a few minutes to the eyes. Also very efficient to wipe his eyes frozen cotton pad soaked in a decoction of tea or parsley greens in the morning if you need to quickly remove dark circles under the eyes.
Is the advice useful?
See also
Присоединяйтесь к нам
New advices