Turnips – one of the oldest cultivated plants and is an important staple food in ancient Russia. In the 18th century in our country it was supplanted by the potato, and today it is rarely seen on the tables. And because turnip contains a lot of vitamins and nutrients, very simple to prepare and can be used in food in any form. 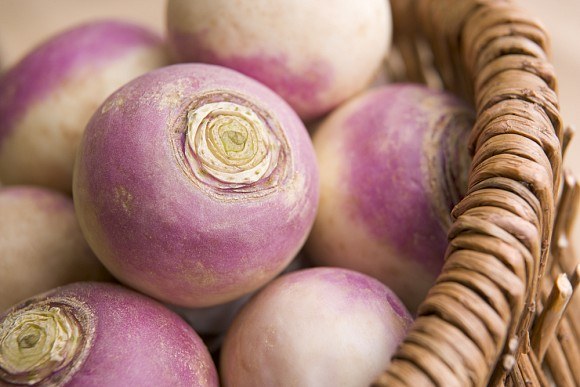 Related articles:
Instruction
1
Make steamed turnip. This is the most simple and ancient method of preparation of the product, which originates from Ancient Russia. Then turnips cleaned, cut cubes, put in a pot, poured a small amount of water and put in the still warm oven without fire. Two hours later, ready turnips out, and was served with butter and coarse salt. Similarly, you can cook it today, but in a double boiler. And serve you steamed turnip with bacon and a variety of pickles.
2
Bake the turnips in the oven. This will clean it and cut into small pieces, add salt, season with butter and a little cream. Then place in preheated oven and bake until soft. Or bake the turnips with apples and thyme, do not forget to pour the vegetable oil and salt. Baked the product turns out not less tasty especially if you sprinkle the finished turnip fresh dill. In this form, the turnips can be served as a separate dish or as a side dish to meat or fish.
3
Fry turnips in the pan. According to your taste and the consistency of this product is very similar to potatoes, so cook and eat it the same way. Very tasty turnips turns out, if you fry it until Golden brown and soft in sunflower oil.
4
Make turnip salad, because it goes well with other vegetables: greens, cucumbers, radishes, or perhaps peppers. And to do salads better than raw turnips. Due to the fact that it has no pronounced taste, to prepare the salad turnip you can use any dressing. In addition, turnip – low-calorie product, so it won't damage your figure, but at the same time, will enrich the body with lots of vitamin C, b vitamins and many minerals.
Useful advice
Add the turnips into the first dish. This product is a perfect substitute for potatoes, so it can be used for making all kinds of soups, soup and borscht.
Is the advice useful?
Присоединяйтесь к нам
New advices