How to save Kaspersky license

Very often, many antivirus programs license key is stored in a separate file on the hard disk in the folder of the installed program. In this case, the preservation of the license by copying it. In the anti-virus system Kaspersky all looks a bit complicated. 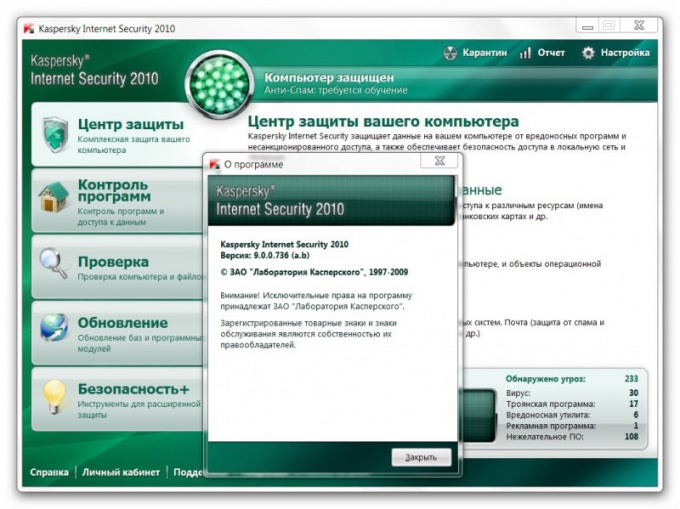 Related articles:
Instruction
1
If you have access to the Internet, open a browser and paste into the address bar address https://activation.kaspersky.com/ru/. Following the instructions, you will receive a new key for use antivirus Kaspersky based on the old after reinstalling. For this you will need to enter data in the appropriate fields.
2
If the network connection is unavailable to you, use the alternative method of data migration programs using the Windows operating system registry. Before you uninstall the antivirus virus from your computer, open using the menu "start" "Execute" item. You have on the screen a small window will appear with a blank line, type in it Regedit and press Enter.
3
In appeared on the screen, the registry editor in the left part of it open the directory HKEY_LOCAL_MACHINE/SOFTWARE/Microsoft/SystemCertificates/SPC and save it to a separate folder on your computer or removable media in the form of a Windows registry file.
4
Find the directory HKEY_LOCAL_MACHINE/SOFTWARE/KasperskyLab/LicStorage, repeat exactly the same steps as described in the previous paragraph. Note the format of both files should be the value .reg after the name.
5
Reinstall the operating system on your computer, install the distro of the antivirus of Kasperskythat was installed last time, make all these changes in the registry of the new Windows. Also this operation can be done in that case, if you want to use antivirus on another computer, in this case, use a removable drive. However, be careful, desirable condition – like operating systems. Otherwise, your antivirus may just not start.
Note
Be careful when working with the registry because errors often lead to irreversible consequences.
Useful advice
Install licensed version of antivirus systems.
Is the advice useful?
See also
Подписывайтесь на наш канал