How to make pattern on cappuccino

The tradition of decorating coffee beautiful drawings come from the depths of ages to us from the monks of the Capuchins. Today the Barista – masters in drawing on coffee annually to the competition. There are only three basic shapes that are the basis of all drawings. Learning how to create them, you will be able to delight yourself and your loved ones a Cup is not only delicious, but beautifully decorated cappuccino. 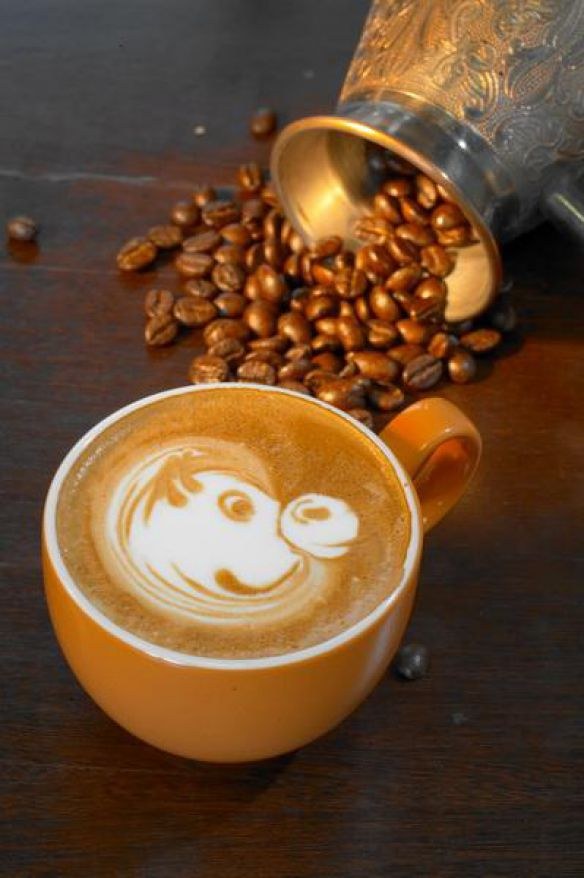 Related articles:
You will need
Instruction
1
To learn to draw on the cappuccino, you will need patience. Training helps to hone the accuracy of movements. Even a layman can try yourself in the art of latte art, making a small stencil of the pattern. On the lid of the stencil, which is served in a Cup with coffee, there are slots. Sprinkle the surface of the cap ground cinnamon. Its particles will Wake up on the white fluffy surface the thick milk foam in a pattern. This stencil can be purchased in the store or make yourself. Cinnamon enriches the taste of cappuccino, but if you don't like it, you can use colored icing sugar.
2
For cappuccino, you can create a variety of drawings with a thick cream pouring into coffee in a thin stream on certain lines.
3
For drawing use a thick syrup of different fruits and berries or melted chocolate. For example, you can draw a "flower". Since the middle of the foam, draw some petals of circles in a spiral. After that, take a toothpick and draw a spiral on the cross, starting movement from the middle to the edge. After each movement a toothpick, it should be wiped with a clean cloth. Each quarter of the figure divide the same way in half. As a result, you'll have a beautiful and very delicate flower is a snowflake.
Divide with syrup milk foam into four parts. With a toothpick draw a line "snake" from one side of the Cup to the other. Then sharply draw a line through the picture diagonally.

Another example of how to create a beautiful pattern on the cappuccino: syrup or melted chocolate to "divide" the foam into eight parts – sectors. Then with a toothpick draw a spiral. Move the stream from the edge of the Cup toward its center. You should now have a small "swirl" of dark and milk foam strips.
Is the advice useful?
Присоединяйтесь к нам
New advices