How to make the act of flooding the apartment

Residents of apartment buildings are often as culprits of flooding downstream of the flats and affected by flooding its neighbors, which are located above. If you are unable to agree on damages "neighbors," the tenants appeal to the court, which establishes the cause of the flooding, the perpetrators and the amount of damages for indemnity to the injured party. One of the key documents when filing a claim in court is the act of sinking, certified and signed by witnesses. 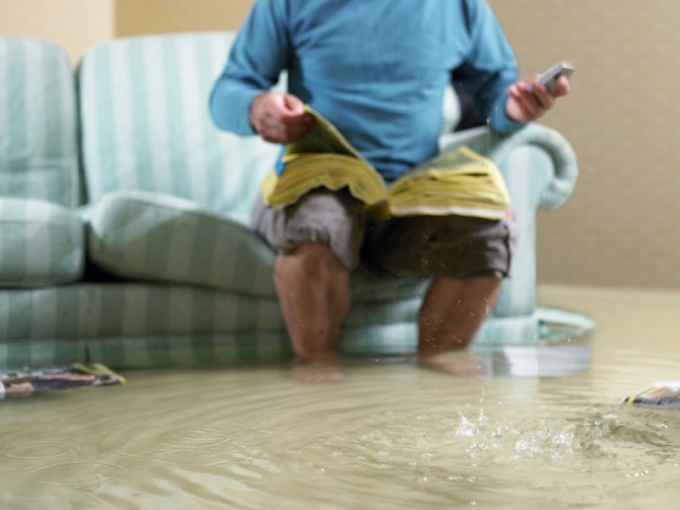 Related articles:
Instruction
1
The act of flooding the apartment should be made as quickly as possible with the technical assistant of the managing organization of the house to inspect the premises, assess the damage and determine the cause of the leak. Even if the neighbor is not against damages is to make the act because in the event of subsequent failure of the perpetrator from the obligations, you will have a document confirming the fact of flooding.
2
The act of flooding can be composed in a free form. For its preparation should invite the representative of the guilty party, the technique of the management organization as mentioned above, neighbors to witness the act. In the header of the act specify the address of a flooded apartment, the data of the owner, the size of the apartment.
3
Further details describe the volume of a flooded room, lock the fact of property damage, describe the damage caused by flooding. Make a repair list damaged property, specifying brands and models of home appliances and other identification characteristics of damaged items.
4
Describe what was the immediate cause of flooding of your apartment. It is necessary to determine the cause of the incident, which is determined in accordance with the Civil and Housing codes of the Russian Federation and the Rules of content of common property in a block of flats (regulation of the government of the Russian Federation No. 491 dated August 13, 2006 N 491). Be sure to note that because of the circumstances set out in paragraph 3, there was a flooding of your apartment.
5
The act must be signed by all participants in its drafting. The signature needs to be decrypted, ask them to put down contact numbers. In case of refusal from signing the act is relevant record. Act on the seal of the managing organization of your home. The act must be maintained up until will not reverse all the damage from the flooding.
Note
The act of flooding (the Gulf of flow) the apartment is made in the shortest time possible (preferably immediately) after the flooding of the apartment. The act is made in any form of a Commission. The Commission in the preparation of the report on the sinking of the apartment should include: the owner of a flooded apartment or his representative
Useful advice
You need to collect papers proving the fact of the Gulf and the level of damage caused by "flood" your living space. An inspection of the scene (in this case - the act of flooding) is the main and essential document necessary for the victim to further compensation. For making the act of submerging, you need to file petitions in companies engaged in the use of your home.
Is the advice useful?
See also
Присоединяйтесь к нам
New advices