How to cook rabbit fillet

Rabbit meat is useful for both adults and children. It is widely used in the preparation of dietary meals, as proteins in its composition is much better absorbed by the human body than proteins of pork or beef. Rabbit meat refers to white meat. She's not fat, low in cholesterol, rich in vitamin PP, calcium, phosphorus and magnesium. In addition to dietary properties and nutritional value rabbit meat is cooked simply and quickly. It is combined with many products and subjected to any heat treatment. Tender rabbit is good and in soups, and in dishes. 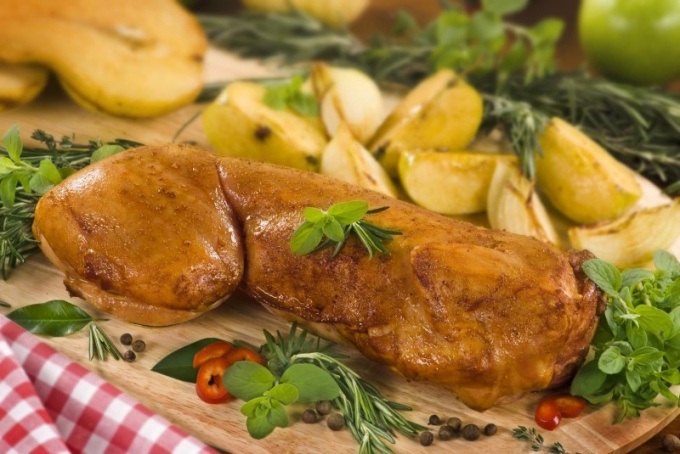 Cook rabbit meat soup. Peel beetroot and cut into cubes. Put in the prepared broth, bring to a boil. Cook until soft beet.
2
Rabbit fillet cut into small pieces, chop onions. Put the meat and onion in a pan with beets, add the spices, Bay leaf and cook until tender beets. After you add the greens. After about 7-10 minutes, pour the red wine, bring to a boil and immediately turn off. Serve with sour cream.
3
Braised fillet of rabbit with sour cream
Slice the meat into portions. Fry in vegetable oil. Place in a deep fireproof dish.
4
Cut the vegetables: onion half rings, carrots into strips of medium thickness. Slightly saute them in butter. The fire should be small. Put the browned vegetables in the fillets. Add spices, herbs, chopped garlic and Bay leaf.
5
Warm the cream in a water bath. Gently pour in a bowl with the meat.
6
Preheat the oven to 180 degrees C. Transfer there capacity. During the first 20-25 minutes of watering fillet juices, which he does when fighting. After you cover the pan, reduce oven temperature to 160 degrees C and leave for another 25-30 minutes.
7
Rabbit with sesame seeds
Fillet lightly beat off and cut into small pieces. Mix with soy sauce and spices.
8
Add the chopped garlic. Leave to marinate for 20-30 minutes. Remove rabbit from the marinade, wipe with a paper towel.
9
Roll the pieces in sesame seeds and fry in vegetable oil. Before serving, sprinkle with chopped greens.
Note
The rabbit often has an odor. To eliminate it, soak the meat in milk or weak acetic solution. If the fillet is left fat, then it should be cut because he is the culprit of that smell.
Useful advice
Dishes made of rabbit meat is best served hot.