How to play sleeping

Without jokes and pranks, so I kept meeting with friends. For example, there are many ways to laugh at a sleeping person. Some of them are quite harmless, but some can hurt people. 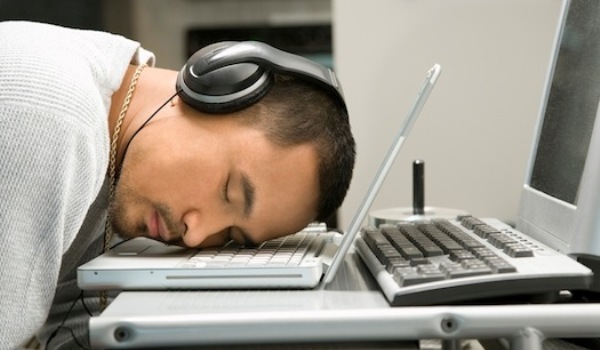 Related articles:
Instruction
1
Move sleeping in another place, Gently pick him and place it in another room or to another bed. Most convenient to do this, grasp the mattress. Move carefully so as not to Wake up. It will be interesting to watch his reaction on waking, especially if you tell him that he was on that place and went to bed.
2
Bind the sleeper to the bed. This is best done with toilet paper is a cheap material which is easily torn. If you wrap a sleeping friend from head to toe, he will become like a mummy.
3
The old-fashioned way is to tie together the laces of his shoes. Do it gently. This method is particularly effective in the case when a person sleeps in shoes. Then he woke up, he probably will not suspect a trick.
4
With shoes carry out other draws. For example, you can change the boots sleeping on exactly the same, but a couple of sizes smaller. When he woke up, he would be puzzled to put on shoes, suppose that during sleep it grew legs. Particularly relevant, this joke was in Soviet times, when the range of shoes is not very varied.
5
Another trick with the shoes to put in it. For example, egg or pea. In General, this joke is not distinguished for his humanity and could cause damage to your shoes, so it is best not to use it.
6
Put on a sleeping blindfold or dark glasses. In this case, waking up, he is initially surprised and a little scared.
7
Spread something sleeping – another classic version of the drawing. Use, for example, toothpaste or tomato paste. Waking up in the ketchup, he might think that bleeding. However, remember that prolonged exposure to the toothpaste on the skin causes a burn.
8
Turn sleeping in a funny position, put next to something ridiculous, dress it up in fancy clothes and take pictures. Print out a couple of days of photos and give him, preferably in a frame. Drawing is possible only with very strong sleeping people.
Note
Don't go into the jokes too far, try to imagine yourself in the place of sleeping.
Is the advice useful?
See also
Присоединяйтесь к нам
New advices