How to distinguish grey iphone

Recently in the Russian market appears more and more illegal unlocked iPhone that were imported from other countries. Under the guise of officially imported to Russia devices for sale, even fake machines. To protect yourself from fraud when buying a phone you need to pay attention to the many details that will help to determine the legal it's an iPhone or not. 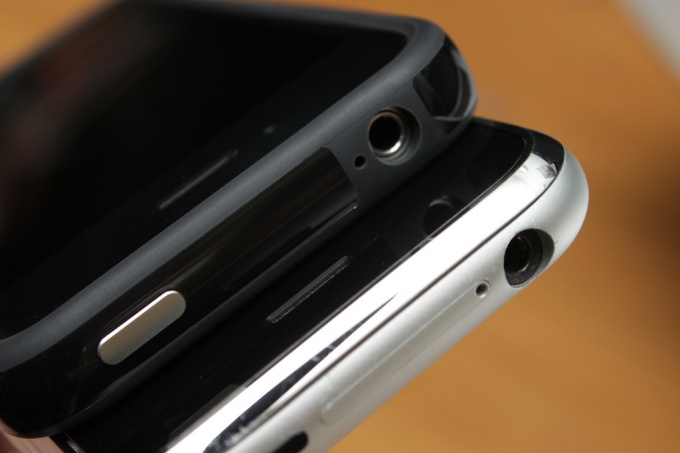 Related articles:
Instruction
1
Please note the box comes the device. It should be closed, there should be no signs that before your purchase it was printed. In that case, if the box was already open, carefully inspect the contents. It is likely that all accessories that ship with the phone, was replaced by Chinese fakes. Also the original box has the original relief, which follows the contour of the phone. The absence of such a figure is one of the most obvious signs of forgery.
2
The boxes in the back should be glued stickers, which are arranged in the direction of the text.
3
Original charger for iPhone weighs just 60 grams. The manufacturer of the original ZU – FOXLINK (FLEXTRONIK). If on the sticker of the charger is present, the hieroglyphics, then that is a clear sign of forgery.
4
Original USB cable must not have any latches on the part of the connector. The iPhone is own plug whose width is 25mm and the height is 2mm.
5
A logo of Apple is located on the rear panel of the device and has the form of an Apple, bitten in the right upper part. On the bottom of the cover of the smartphone says "iPhone" and below indicates the amount of memory in the device. In the original phones built-in memory, and fakes use the flash drive.
6
The iPhone to insert SIM card in the upper part of the body invented a special connector with a mechanism SIM-holder. The fake device from the back panel easily removable, and the SIM card is inserted just like any other regular phone.
7
The touchscreen from Chinese manufacturers will work from touching any object. Click on the screen of the iPhone will only a touch of a finger.
8
Chinese iPhone have TV function, which is absent in the original device.
Note
Carefully examine the equipment of the device. The original iPhone comes with charger, earphones, USB cable, manual, pouch, stand on the table, a device to extract the SIM, cloth for the screen.
Is the advice useful?
See also
Подписывайтесь на наш канал