How to determine the density of the liquid

The fluid density is a physical quantity that shows the mass of the fluid per unit volume. The density of the fluid can be measured as an indirect method, and direct measurements with the help of special devices. 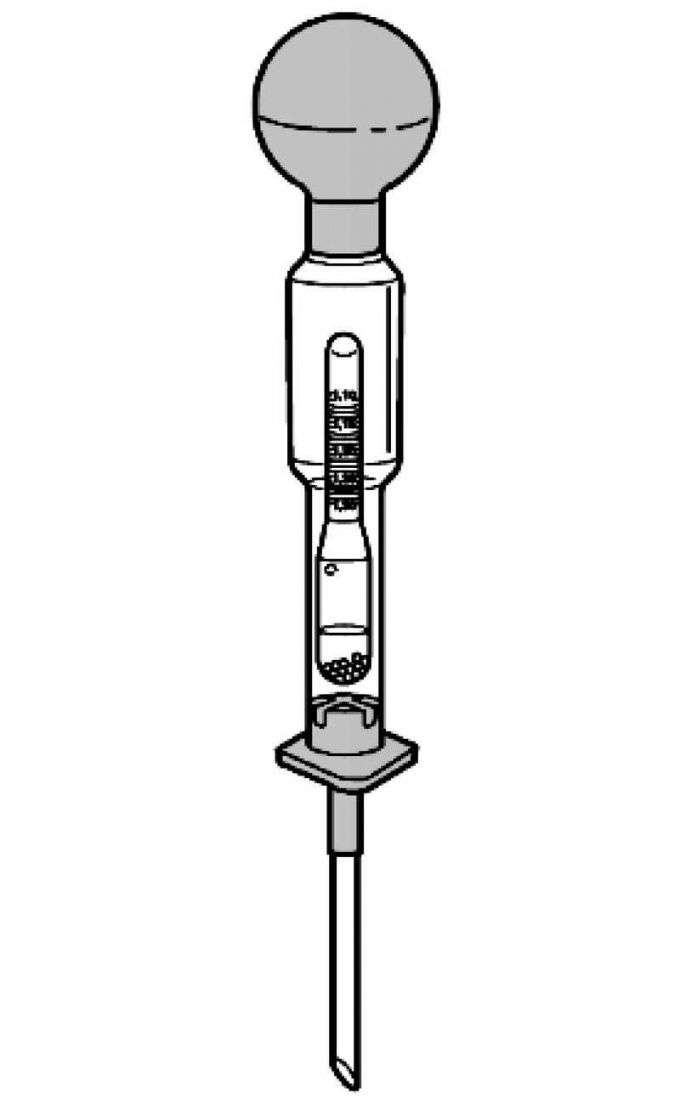 Related articles:
You will need
Instruction
1
So, you have a liquid the density of which is going to determine. Take the empty measuring Cup or beaker, place it on the scale and determine the mass of the empty vessel with no fluid. Label it m1, for example. Then pour into this vessel the liquid whose density you want to measure. Pour the liquid to such a level that it was easy to determine its volume (in a small measuring cups marked scale of volume in milliliters).
2
After you have determined and recorded the volume of fluid (V), again place the container on the scale, just now it will be liquid. Record the new mass and label it m2. Knowing the mass of the empty dish m1 and complete m2 of the vessel, determine the mass of the liquid m by the formula: m = m2 – m1. Now you can go directly to the definition of the density Rho:

where m and V – mass and volume of the fluid found above.
3
Remember that the liquid volume is usually measured in kilograms per cubic meter or in grams per cubic centimeter. Therefore, translating the measured values to one or second standard system of units of measurement. For example:

1 kilogram = 1000 grams
4
If a vessel with the liquid is large enough, but you know the mass of the empty dish, and m1 the mass of the filled vessel m2, it is possible to do the following. First, find the mass of liquid in the vessel by the formula m = m2 – m1. Then use a ruler or measuring tape, measure the geometric dimensions of the vessel: for rectangular vessels measure the height, width and length, for cylindrical – diameter and height. For finding the volume of a rectangular vessel, use the formula:

where a is width, b – length, h – height of the vessel.
5
To find the volume of the cylindrical vessel, take the following formula:

where pi is the number PI = 3.14, d is the vessel diameter, h is its height (the height of the liquid level).