How to adopt a child one parent

Currently, adoption is one of the most preferred forms of family upbringing of children left without parental care. To accept and nurture a new family of another child – a noble cause, but very difficult and responsible. Why adoption is under strict government control. 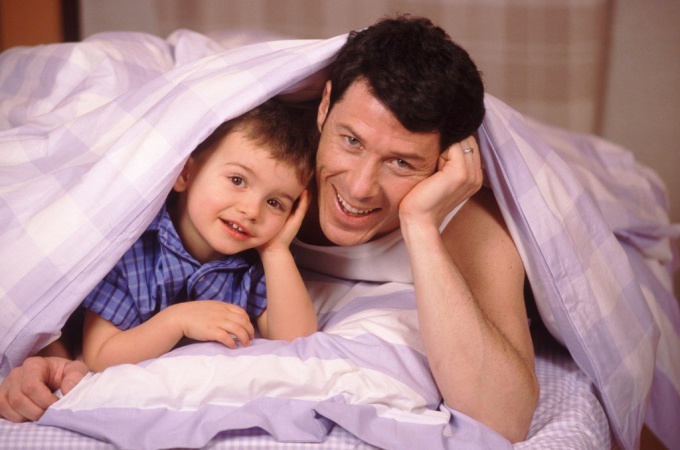 Related articles:
You will need
Instruction
1
Adoption is allowed by law only in relation to minor children who have not reached eighteen years of age. Solely in their best interests, the court makes its decision. In case of adoption (adoption) of the child subsequently identified the same legal relations between persons who adopted him and relatives of these individuals and the relationships that provided by law for parents and children.
2
Adoption may be made only for the conditions of adoption established by law. Such as:

- it is necessary to provide requirements for the adoption;

in some cases parental consent is required for adoption of a child or persons who replace them;

- adoption requires the consent of the child who has reached ten years of age;

- the consent of the spouse of the adoptive parents if the child is adopted by one parent.
3
Citizens of the Russian Federation who wish to adopt a child must go to court with the corresponding statement, which should specify precisely what information about yourself and selected the child you want to adopt, the known data about his parents, brothers, sisters, other relatives, as well as information about the terms of adoption (attached additional documents). You must provide a number of documents about adoption of this child: his birth certificate, medical report on his health, physical and mental development, etc.
4
According to the law of the Russian Federation on adoption there is an established. A parent who wishes to adopt a child should have with him the difference is not less than 16 years. To the adoptive parent must be at least 18 years of age.
5
A child adopted by one parent receives the additional fear of losing it, as he has no one else and can not expect help from anyone. Most often, the child is adopted by single people Mature for their age. For example, if the child was adopted by a woman who often already has a career and sufficient well-being, her desire is to be needed, loved and important, thus filling their inner emptiness.
6
As for men, they will often adopt grown-up children. Such actions by men have a tendency to increase worldwide and reflect their struggle for their rights in the upbringing of children, from which they were removed. Usually, divorced men or those that have a bitter experience on a personal level.
Note
A child who had been adopted by at least one parent, losing both property and proprietary rights. Duties can be saved at the request of the mother or father, depending on the adopter.
Useful advice
Judges who ruled on the adoption of a child, or officials who could carry out the state registration of adoption, as well as individuals who have information about adoption, needs to keep secret about it. Otherwise, the person disclosing the secret of adoption for this child against his will and the will of its adoptive fathers, are brought to justice in a lawful manner.
Is the advice useful?
See also
Присоединяйтесь к нам
New advices