How to learn to repair cell phones

To be able to perform simple mobile phone repair is necessary not only to those for whom it is a profession. Ordinary house master the relevant skills will help to save not only money, but also time. 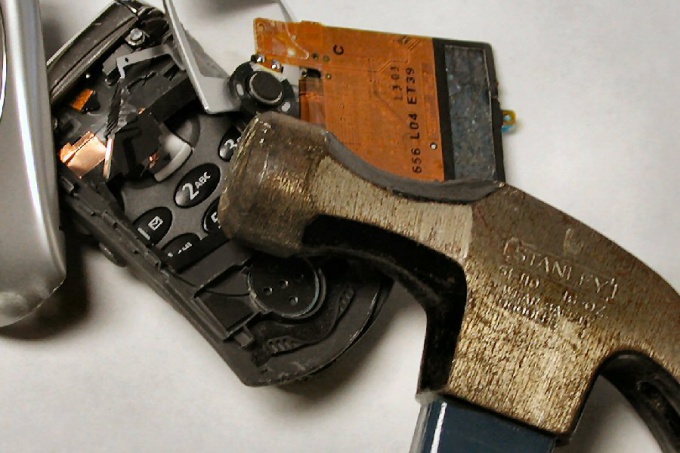 Related articles:
Instruction
1
Soberly assess their strength. Not every fault in the phone can be removed independently, with no experience. While you have not, do not try, say, to replace the motherboard of your phone to specific elements, especially such, whose replacement requires the use of a hot air gun.
2
Before you undertake the repair of any cell phones, get a good tool. The normal screws that use a Phillips head screwdriver, only used in Samsung phones and not all. Other phones used screws that cannot be unscrewed without a screwdriver with a hex tip appropriate part type. Attempting to use the wrong screwdriver may cause damage to the slot, and, as a consequence, greatly complicates the disassembly of the phone, and even makes it impossible. Therefore purchase a set of hex screwdrivers in various sizes. They are implemented as the owners of stalls in the markets and specialised businesses supplying craftsmen repair parts. Be accustomed to buy as spares, and tools in them, because both there is much less than in the tents.
3
Ask in any workshop several phones that are no longer subject to any repair or disassembly to serviceable parts. As a rule, there are willing to give them, but they had not taken place. You will be trained in dismantling and assembling apparatus.
4
Clearly master all the operation for loosening and tightening screws, sorting them by length, removing and deedwania roof, plumes, displays. Accustomed during disassembly to sketch, record and photograph anything that may not be readily apparent during Assembly. Learn how to not damage in the process of repairing circuit boards and individual components, cables, connectors, and displays. Get used to put fasteners and other small parts in a container from which they cannot be discarded on the floor. Don't forget the remove the device battery, SIM card, memory card.
5
Clearly understand the following rule: I don't know how to disassemble - look online! It is especially important to observe this rule in the repair of vehicles sliding and folding design.
6
Never spill alcohol inside the nodes of the backlight displays. Arising from this ugly stain can be removed.
7
Start this repair only after you learn to perform all operations accurately, without hesitation. The first few of these repairs run on the devices, which is not a pity to spoil it. Make sure that all of them earned.
8
Learning to replace the phones in the nodes, start training to replace the boards of the individual components. Initially again practice on machines beyond repair. Even if you know how to solder, sharpen your skill, adapt it to the SMD components. Learn to use the heat gun better under the guidance of experienced craftsmen. Before you carry out any transactions in relation to the phone using the hot air gun, remove it from the display.
9
There are courses cell phone repair. If you decided to choose this occupation as their profession, sign up for them. The cost of training will pay off and then in about six months.
Is the advice useful?
See also
Подписывайтесь на наш канал