How to measure the internal resistance of the battery

Any current source has a certain internal resistance. It is involved in limiting the current through the load along with the resistance of the load. In order to get it, will have to measure the voltage at the source under different loads, and then produce a simple calculation. 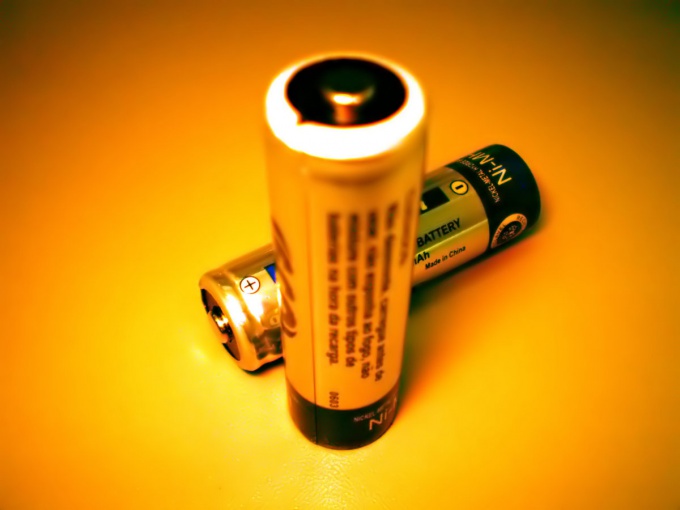 Related articles:
Instruction
1
Fully charge the battery.
2
Take two loads. Each of them must load the battery so current that it does not exceed the maximum permissible for him. One of the loads needs to consume current approximately 30 percent of the maximum allowable long-term (not short!) for the battery, and the other 70 percent of it. Very convenient to use low-voltage incandescent lamps. They should be designed for a voltage somewhat greater than the EMF of the battery (the voltage at its terminals at no load). If you use a powerful lamp, secured in such a manner that it cannot be contact with any body parts and any flammable objects.
3
Connect the battery to the first load through the ammeter and in parallel to the battery, attach the voltmeter. Both devices connect to the correct polarity. Wait for transients lasting several seconds. Measure the current through the load and voltage of the battery. Write them down.
4
Disassemble the chain, then similarly connect to the battery instead of the first second load. Also record the results. In both cases, the measurements were performed quickly (excluding the time required for the completion of transient processes) to battery turned.
5
If the measurements are not expressed in SI units (e.g., the battery is thin and the currents through the load is expressed in milliamperes), translate them into this system.
6
Subtract the first voltage from the second and the second current from the first. The result of the first subtraction divide by the result of the second subtraction. Get the internal resistance of the battery, expressed in ohms.
7
Note that the internal resistance of the battery increases as the discharge and wear. Specially to wear it, perhaps not. But one cycle of the discharge (to a voltage slightly higher than the minimum safe for him) pass. At several points in this cycle, momentarily disconnecting the battery from the main discharge circuit, measure its internal resistance using the above method. Make a curve of internal resistance to the degree of discharge, expressed in percentage.
Note
Never exceed the maximum allowed discharge current of the battery, the more short it's short.
Is the advice useful?
See also
Подписывайтесь на наш канал