How to seal suspended ceiling

In life there are different force majeure. Let's say you have damaged the newly installed suspended ceiling. Because to fix it is difficult, it is simply going to have to redo, you think. But sometimes the repair of stretch ceilings is possible. 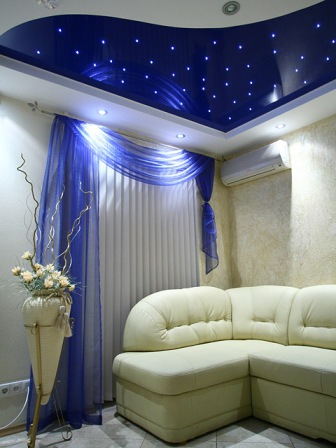 Related articles:
Instruction
1
One of the most common cases of damage of a stretch ceiling is its cut. Though it seems that the damage to the ceiling is impossible, but such incidents do happen. But remember that repair in such cases is possible only if you have installed seamless fabric ceilings.
2
In the first place, if the hole is small, seal the hole with tape and call master installer. He will be able to assess the full extent of the damage and suggest the ways of its solution.
3
The most common way to eliminate the cut is a bonding film. It is necessary to choose the tape the same color as the ceiling to the bottom was not visible seam. You can also seal the hole some of the original applique. If the hole is not very big, it is possible to install lighting is a lamp or ceiling.
4
Instead of duct tape and fit the fiberglass. They can also be glued into place defect. After the incision is firmly sealed, to paint this place paint to match the ceiling. If the incision is quite small, it sometimes just sewn nylon threads. Sewn the surface also needs to be painted in the color of the ceiling.
5
A little harder will it cost to repair a stretch ceiling of PVC film. In this case, you need to know what technology was installed coating. If starikovoj, then the wizard will repair it without any problems. If the size is not longer than 20 cm, it will be possible to tighten the perimeter of the ceiling. But if the damage is quite significant, you will have to change the entire ceiling. Since the profile is attached to the film remains the same, to pay you will only for a new film.
6
If on the ceiling there was a gap at the seam of the fabric, then you small repair will not help – will have to change the entire ceiling. The gap could be due to poor material, bad weld, or too much tension. In this case, contact the company that installed the coating - they will have to change your ceiling.
Is the advice useful?
Присоединяйтесь к нам
New advices