How to authenticate rubles

Since then, as in circulation among the people there was a real money with the same then, and forgery. Money forged at all times, but in such quantity, as now — never. Modern technology allows us to produce fake high quality in any quantity. Consider the common symptoms by which you can distinguish a fake Russian from the real bill. 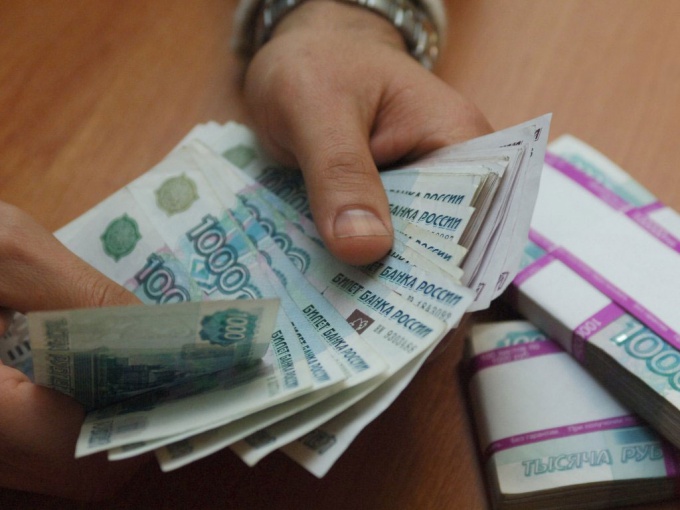 Related articles:
Instruction
1
First, note the watermarks. They are available in all Russian banknotes, regardless of denomination. And while counterfeiters could forge a watermark for a long time, these marks on modern money are difficult to simulate. They are called grayscale watermarks. The principle is in a smooth tone transition watermarks from a lighter shade to a darker one. On the fakes, as a rule, this transition is sharp and easily determined by comparison of the real and fake bills.
2
Secondly, look at protective metal thread, strip, passing shiny dotted lines across the Russian banknotes of any denomination. It is solid, but embedded in the bill so that goes inside the paper layer of the bills and outside. This can be seen by looking the bill up to the light. Counterfeiters imitate this strip or by gluing aluminum foil in the same dotted line, or applying silver paint. If you look at this bill to the light, solid line in most cases you will not see.
3
Third, pay attention to the micro-perforation is one way to protect Russian money from the fakes. Laser cuts applied to many small holes that the eye can be seen as a picture of the face value of the bills to which they applied. Counterfeiters often mimic micro-perforation, piercing notes of needles. If you hold in this place, bill finger, to the touch the surface feels rough. On this bill there are no rough edges.
4
Fourth, swipe your finger across the inscription "the TICKET of BANK of RUSSIA" on the present bill. You'll notice that it's a relief. It is also present in the corners of the bills raised dots and stripes, made for visually impaired people.
5
Fifth, pay attention to protective fibers deposited on banknotes. They should be placed not only on the surface of the bills, but also in its thickness. Counterfeiters are applied, as a rule, only an external imitation of the fibers.
6
Sixth, take a magnifying glass and look at the structure of paint applied to the present bill. This structure represents a single entity, unlike counterfeits made on inkjet or laser copier equipment. If you look at the increase in such frauds, it will be visible, or points, or chips toner.
7
Purchase in selling one of the so-called currency detectors. With the help of these electronic devices can quickly check banknotes for authenticity.
Is the advice useful?
See also
Присоединяйтесь к нам
New advices