How to sharpen a knife for meat grinder

Meat grinder a necessary attribute of any kitchen. Its main purpose is to grind large pieces of meat in small bits called stuffing. But in addition to the usual meat grinder you can grind and onions and carrots, and other fruits and vegetables and even squeeze the juice. Depending on what nozzle you put on the exhaust pipe grinder, you can make a fine mince or chop the meat in large pieces, for example for the mantle. 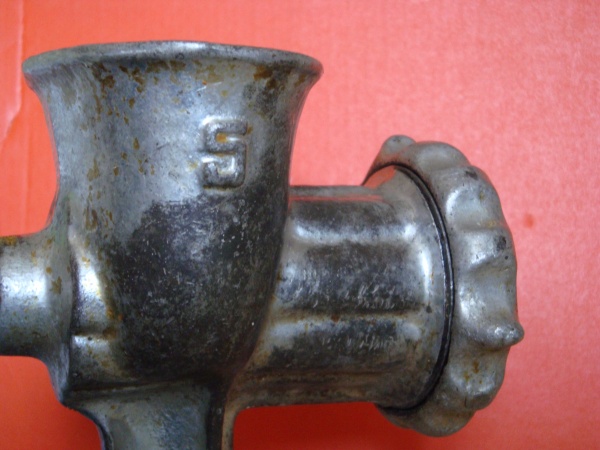 Related articles:
You will need
Instruction
1
The main elements of a conventional grinder is this: the auger, whereby the meat is served on the suppression of the knife; slotted knife; disk with a round hole for the release of the resulting product. When loading the meat into the receiver it begins to move under the action of the auger into the grinder, the receiver starts the meat is already chopped in small pieces by cutting it with a screw. As it is also quite sharp edges and the gap between the auger and the housing of the grinder is very small. Then the meat goes on the knife, which rotates along a fixed grid with holes. Now matter what the gap between the grille and the knifeω depends on the quality grind of meat. What sharp is the knife, the closer he gets to cuddle up to the bars and smaller to cut meat.
2
Disassemble the grinder, it look not rusted anything from her. Inspect the grille and the knife, if you do have any nicks, it too must be sanded. Put it on the table or any other smooth surface with emery paper with the surface No. 1. Grab a knife and start to drive it sharp surfaces (blades) for paper, while pressing firmly into him. Move th such circular rotations by the sandpaper. Check whether the aligned edge of the knifeto her, whether they're sharp. So sharpen it for a minute or two. Then put the sandpaper (No. 0 and do the same, you grind the faces of the knifeand very sharp condition.
3
Now take the grille also Polish it on emery papers, and a knife, you can sharpen on two sides, removing all burrs and irregularities. Pick up the knife and grid align, view, easily the knife moves along the lattice, the full coincidence of their surfaces during rotation. Now, take detergent, wash thoroughly knifeand the grill from residual metal and abrasive stone paper. Thoroughly dry, assemble the meat grinder, try something grinding. If still the grinder grinds really bad, it means you are doing well during the operation of the auger. Find the metal washer the size of the rear axle of the screw 1-2 mm thick. Put it on the axle, assemble the grinder, now the knife will be thicker to cling to the bars and smaller to cut your meat!
Note
Be careful with sandpaper't grind the skin on my fingers.
Useful advice
When sharpening a knife on sandpaper, place one finger over the upper part, where there is a tetrahedral hole.
Is the advice useful?
Подписывайтесь на наш канал