How to obtain acetic-ethyl ether

Ethyl ether acetic acid (another name for ethyl acetate) has a formula С4Н8О2. Represents a colorless liquid, soluble in some organic substances such as benzene, acetone. In water, the ethyl acetate soluble much worse. It has a characteristic sickly sweet-sharp smell, somewhat resembling the smell of acetone. How can I get this stuff? 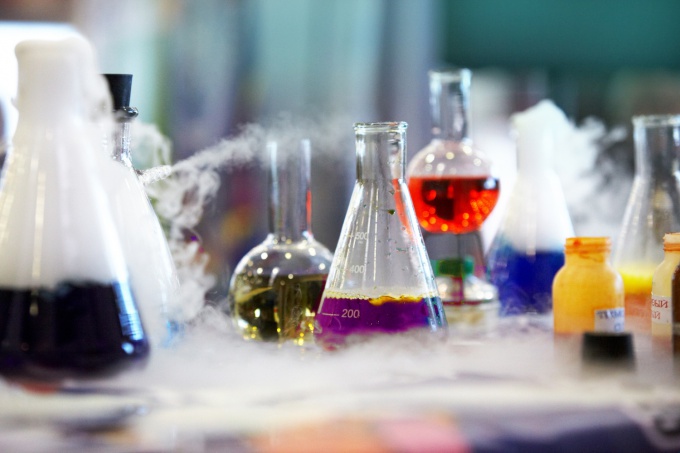 Related articles:
Instruction
1
If you write its structural formula, it will be clear that ethyl acetate is formed from two molecules: CH3CH2OH ethyl alcohol and acetic acid CH3COOH. When the connection is "breaking off" the water molecules with the formation of a "bridge" With-O. Therefore, one way of obtaining this substance is: C2H5OH (ethanol) + CH3COOH (acetic acid) = С2Н5О-СОСН3 + H2O
2
When boiling a mixture of ethanol and acetic acid, in the presence of concentrated sulfuric acid, as a water absorbent, is the reaction of esterification. The pair formed congenerous ether, and then purified from impurities.
3
Another method of producing ethyl acetate – the reaction of acetic anhydride with ethyl alcohol. She goes on as follows: (CH3CO)2O + 2C2H5OH = 2С2Н5О-СОСН3 + H2O
4
Can you synthesize ethyl acetate by reaction of a salt of acetic acid, e.g. sodium acetate, with ethyl chloride. The product formed in the following way: СН3СООNa + C2H5Cl = C2H5O-CO-CH3 + NaCl
Note
Given that acetic anhydride is included in the long list of precursors, as a substance used in the production of heroin, try to refrain from conducting this reaction in the laboratory. As they say, "in order to avoid unpleasant consequences."
Useful advice
Ethyl ether is widely used primarily as a solvent. Not only because of its relatively low cost, but also because it acts in this capacity as effectively as acetone. The ethyl acetate is less toxic, its smell is weaker. It is a good solvent for nitrocellulose, cellulose acetate, fats, and other substances. Used in analytical chemistry as a component of the extraction solutions, cosmetics and household products, as a component of fragrances. Also, the ethyl acetate can be used in the food industry (designation according to the international nomenclature Е1504).
Is the advice useful?
Присоединяйтесь к нам
New advices