How to find Mars in the sky

Mars is the outer planet, is the fourth planet from the Sun neighbour of the Earth, has always attracted the attention of astronomers. But to find it, you need to know not only the place of her celestial residence, but also to consider the most favorable time of observation. 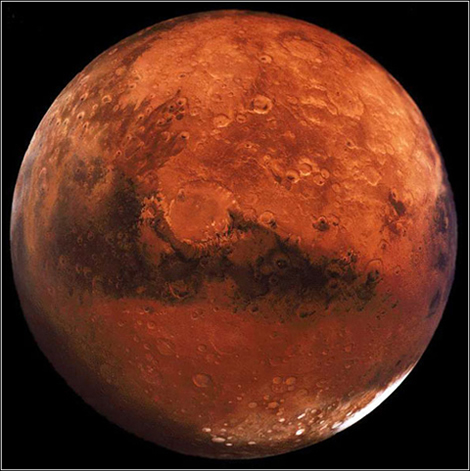 Related articles:
Instruction
1
The first observers who discovered Mars in the sky and described its orbit, was the Babylonian, Egyptian and Greek priests. They drew attention to "the reddish star", wandering through the constellations of Cancer and
Twins in the Eastern part of the celestial sphere. Due to the specific red-orange hue, Mars was given the status of "star warriors". The first astronomers observed Mars without a strong optical magnifiers. Perhaps it was due to the fact that "place of residence" Mars - a region of the sky, which is poor in stars. Perhaps this was due to favorable periods for the observation of Mars, Ares and Nergal. So this planet was called in Greece, Ancient Rome and Babylon.
2
To determine a favorable period. Because the orbit of Mars elongated, elliptical and the distance varies from 400 to 55,75 million kilometers, then you need to take into account the periods of its movement. Every twenty-six months, Mars is favorable for observation. It is during times of confrontation. Periods of great struggles occur once in 15-17 years. The greatest confrontation happen once in eighty years. The last great opposition of Mars was in 2003.
3
Define the time. Mars rises above the horizon after ten o'clock local time. It is a bright star a red-orange hue. After midnight, around two o'clock in the morning, the color of Mars changes and becomes more yellow. In order to accurately determine the sky location of Mars at certain times, it makes sense to build an astronomical map. This can be done online: http://www.astronet.ru/db/map/.
Is the advice useful?
See also
Присоединяйтесь к нам
New advices