How to find planets in the sky

On the sky naked eye can see five planets – mercury, Venus, Mars, Jupiter and Saturn. Sometimes they disappear, and to observe, need to use binoculars or even telescopes. However, the periods when they are visible, are quite frequent and lengthy. Just need to know what part of the sky they are, and their distinctive features. 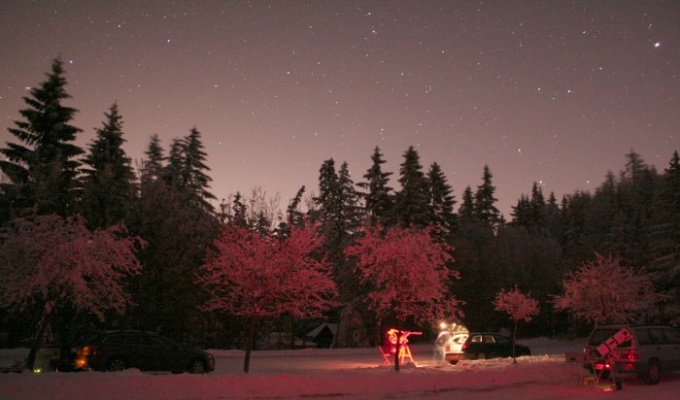 Related articles:
You will need
Instruction
1
Five planets discovered in ancient times when there were no telescopes. The nature of their movements across the sky different from the movement of the stars. Based on that, people have separated the planet from millions of stars.
There are internal and external of the planet. Mercury and Venus are closer to the Sun than Earth. Their location on the skythe dream the sky is always close to the horizon. Accordingly, these two planets are called inner planets.Also mercury and Venus as if to follow the sun. However, they are visible to the naked eye in the moment of maximum elongation, i.e., at the time of maximum angular distance from the Sun.These planets can be seen in the twilight, shortly after sunset or in the wee hours. Venus is much larger than mercury, much brighter and easier to see. When Venus appears in the sky, then the brightness with her than any one star. Venus shines with a white light. If you carefully looking closer to it, for example, using binoculars or a telescope, you will notice that it has different phases like the moon. Venus can be observed in the form of a sickle, decreasing or increasing. In early 2011, Venus was visible for about three hours before dawn. Again observe to the naked eye it can be from the end of October. It will be visible in the evening, in the South-West in the constellation of Libra. Towards the end of the year will increase its brightness and duration of visibility. Mercury is mainly visible during twilight, it is quite hard to detect. For this the ancients called him the God of twilight. In 2011, it can be seen from late August for approximately one month. The planet is first visible in the morning hours in the constellation of Cancer, and then will move into the constellation Leo. 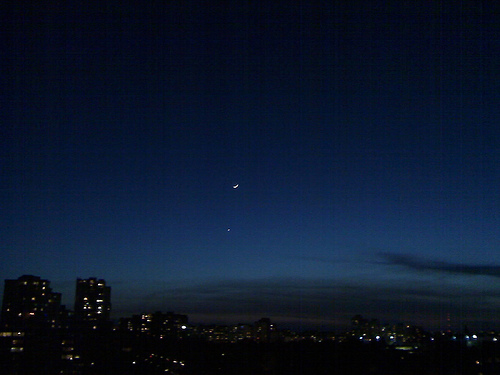 2
To outer planets belong, respectively, Mars, Jupiter and Saturn. They are best seen in the moments of confrontation, i.e. when the Earth is on a straight line between the planet and the Sun. To stay in the sky , they can all night.At the time of maximum brightness of Mars (MD -2.91 m ) this planet is second only to Venus (-4m) and Jupiter (-2,94 m). In the evening and in the morning, Mars is visible as a red-orange "star", and in the middle of the night changes the light to yellow. In 2011, Mars will appear in the sky in summer and disappear again at the end of November. In August, the planet can be seen in the constellation Gemini, and by September it will move into the constellation of Cancer.Jupiter is often visible in the sky as one of the brightest stars. Despite this, it is interesting to observe them using binoculars or a telescope. In this case become visible disk surrounding the planet, and the four largest moons. The planet will appear in June 2011 in the Eastern part of the sky. Jupiter will be too close to the Sun, gradually losing brightness. Closer to autumn, the brightness will again increase. At the end of October Jupiter will enter into a confrontation. Accordingly, the autumn months and December is the best time for observing the planet.
From mid-April until the beginning of June Saturn is the only planet that can be seen with the naked eye. Following a favorable period for observing Saturn will be Nov. This planet moves slowly across the sky, and will be all year in the constellation Virgo.