Ozone is one of the variants (modifications) of oxygen, with the chemical formula O3. Under normal conditions represents a gas of blue color and with sharp characteristic odor. If it is subjected to liquefaction, takes a deep blue colour. The first mention of ozone refer to 1785. Ozone is a very unstable compound and rapidly converted to diatomic oxygen. The higher the temperature and lower the pressure, the faster is the transition. How can I get ozone? 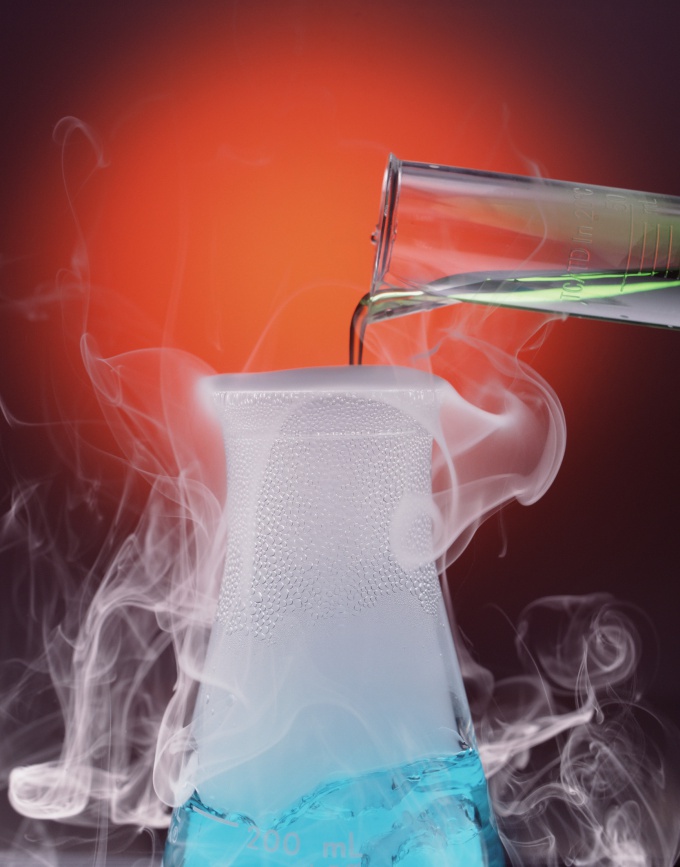 Related articles:
Instruction
1
The main industrial method – passing a powerful electrical spark discharge through oxygen or air. Synthesis, more specifically the electrosynthesis occurs in the "ozone generators". This method is based on the ability of oxygen molecules to break into atoms under the influence of the energy of electrical discharge. Atomic oxygen, in turn, immediately unites with a molecule of oxygen, into ozone. Accordingly, the ozone reacting with oxygen atoms, is transformed into molecular oxygen. Thus, the reactions of formation and decay of ozone almost in equilibrium, and therefore the output ozone as a reaction product does not exceed 5-7%.
2
Much more concentrated ozone (from 30 to 60%) can be obtained by electrolytic method, for example, by electrolysis oxychloride acid, but it is fraught with great difficulties. Suffice it to say that the temperature of the electrodes, and electrolyte temperature should be from -56 to -65 degrees. In such elektroliza, the decomposition of ions and radicals by the scheme:
H2O + O2 = O3 +2H+ +2e-.
3
In laboratory practice, a small amount of ozone is extracted by photochemical method, under the influence of direct solar radiation. These oils give a very low yield of ozone (about 0.1% of "working" with air, and 1% - pure oxygen), but is simple in construction and compact.
Useful advice
This substance is a powerful oxidizing agent, far stronger than diatomic oxygen. Ozone reacts with almost all metals, except gold and iridium and platinum. Used as a highly efficient disinfectant, and the so-called "ozonation" has many advantages over the "chlorination". Also ozone is used for sterilization of medical products, for paper bleaching. The main role of ozone is that while in the stratosphere, he saves all life on Earth from UV-b radiation.
Is the advice useful?
Подписывайтесь на наш канал