How to reduce nose size

To visually reduce the nose with makeup is quite feasible task. The trick is that using dark and light shades, you can change the shape of the nose and visually adjusted to his size. Using certain skills makeup to minimize nose simply. But it is necessary to consider not only the shape of the nose, but other parts of the face. 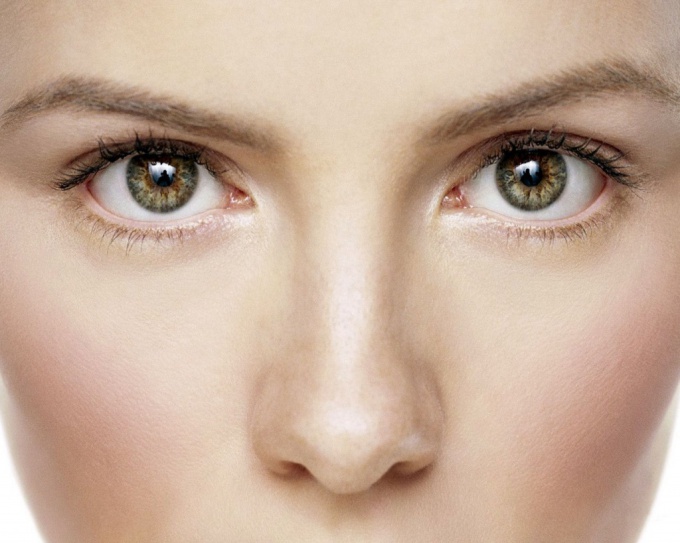 Related articles:
You will need
Instruction
1
To visually correct the shape of the nose, you must have a purse of several shades of Foundation. For the base shade, take the one that more closely matches the color of your skin. You will also need shades darker than a semitone and semitone lighter. From the tone means the texture should be dense. The applied cream should look as natural as possible.
2
If you are the owner of a wide nose, apply to the back of the nose and the nose a lighter tone and darker tone means – on the wings of the nose. To reduce the length of the nose, on the bridge of his nose, apply a concealer lighter tone, and then the tip of the nose is dark. You need to create between the tones of a smooth transition. Adjust the shape of a large nose by applying it to a darker tone means.
3
To increase the required areas using gloss. It lends a sparkling powder. To shift the focus from the nose in makeup, when applied to protruding parts of the cheeks blush slightly mannite them the tip of the nose. Just use a blush bronze and orange colors, but not pink.
4
Use the sponges for make-up, this will allow you to achieve smooth transitions when applying Foundation. To makeup looked natural, lightly remove any excess Foundation with a wet sponge. Don't forget on top of makeup a little makeup for the face.
5
A strong influence on the visual impression of the shape and size of the nose have eyebrows. Thick eyebrows, even if their shape is close to ideal will be to focus on the nose. Too narrow, pale eyebrow and eyebrow with the direct form are also not allowed to reduce the nose with makeup. Prefer eyebrows with a bend and with a semicircular shape.
6
Facial features should be considered harmonious if they are proportional to each other. The size of the eyebrows, eyes, nose, forehead, cheeks and lips should be of certain proportions. If you have a big nose, okropnie other facial features, it will make the nose on the background less visible. Using makeup enhance lips, eyes, extend, eyebrow, and for a nose not much to worry about.
Is the advice useful?
See also
Подписывайтесь на наш канал