How to write employee recommendation

Every employer sooner or later you have to write a recommendation on the employee. This happens for various reasons. These may be the liquidation of the organization or its bankruptcy, the dismissal of an employee on their own, etc. recommendation is an objective description about a particular person, his knowledge, skills and abilities. Write it as from a private person, and organization. 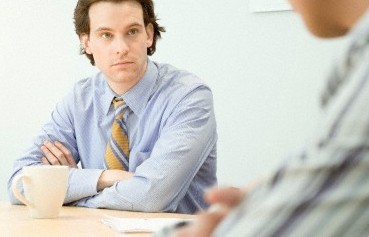 Related articles:
Instruction
1
You will write a recommendation, as you are aware of not only the business skills of the employee, but also his personal characteristics. In the recommendation reflect only a professional knowledge worker, hands-on skills. Write the recommendation on an official letterhead of the organization that the employer had any doubt as to its authenticity. Reflect in it the full details of the person that gives the recommendation (position, name, contacts).
2
In a letter of recommendation to " write about what did, what position, what to and what times work for you this person, and also specify, under whose guidance he was.
3
Note how this person makes a decision and acts in certain situations. Describe his relationship with the team, involved in projects, conferences. This has a positive impact on the opinion about the employee. Don't forget to write a few sentences about the reasons of departure of the employee from the organization.
4
If you do not know this person, it is better to entrust the writing of the recommendations the fact, under whom he worked. Because the chief knows him not only as an employee but also as revealed in the collective identity.
5
At the end of this document provide the contact coordinates, they can be used if necessary verify the information. Sign the power of attorney stamped and signed. Printing on the recommendations of the better to put as more believe the documents under seal. Remember that a recommendation letter is better to fit on one page of A4.
Note
Please note that the recommendation should reflect only the truth about the person, because the embellishment and exaggeration of certain qualities, abilities, skills do not play a good service. It would be better if the employer soon learns the truth about the worker or nothing, not a lie. The honesty of the worker of value because it speaks about its success and openness.
Is the advice useful?
See also
Подписывайтесь на наш канал