How to change boot disk

Immediately after turning on the computer, the processor transfers control to a basic input / output system (BIOS) recorded in permanent memory. At the end of the health check devices, it makes a sequential scan of the available drives to detect operating system loader. The first drive found with a boot loader will be referred for further management, and he will be bootable. Thus, in order to change the boot drive, is often enough to put it first in the queue, polling the BIOS. 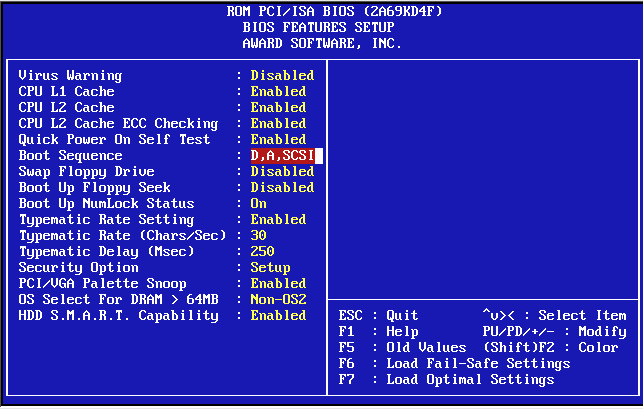 Related articles:
Instruction
1
To change the boot drive you need first thing to get in the panel changes to the BIOS settings (Basic Input/Output System - basic input/output). To do this, after turning on the computer, even before the screen lines with the reports of its inspections of devices, press the Delete key (for Award BIOS) or F2 (Phoenix and AMI BIOS). Information is normally assigned to the key appears at the bottom of the screen.
2
Depending on the manufacturer and BIOS version, the path to the desired settings, the order of polling the device may be different. Some have to choose Advanced BIOS Features and change the setting value with the name First Boot Device (for example, 1.45 AMI BIOS, Phoenix AWARD BIOS 6.0). Others have a separate partition called Boot (for example, in AMI BIOS 2.54) and it is placed the same setting First Boot Device. In any case, the meaning and purpose of sections and variables are similar.
3
Changing the polling order disks of your computer, you need to exit the settings panel BIOS. This is done by selecting the corresponding menu item. The question about saving the changes you have made will be set upon exit. To save the results settings it is necessary to answer in the affirmative.
4
In some BIOS versions, there is a possibility to change the startup disk without changing the settings. To do this during the boot process press F11 (in AMI BIOS 1.45) is the corresponding hint is present in the bottom of the screen. As a result, you will be offered a menu of available boot disks, which you need to make a choice. However, this is a one time decision. So, the next time you load the BIOS to select the boot drive in the order specified in its settings.
Is the advice useful?
See also
Подписывайтесь на наш канал