Whether to remove "Svaty 7"?

Fans of the series "Matchmakers" in Russia and CIS more than enough. Television ratings from this good family Comedy for the past six seasons through the roof. During this time, the characters of the series became for his fans his family. However, the fate of the seventh season of "Matchmakers" is not so clear. 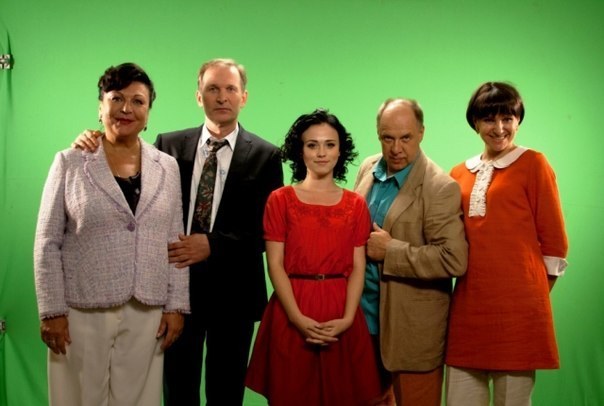 The creators of the series "Matchmakers" after filming the sixth season decided to put an end to this kind of history. Director Andrey Yakovlev, as well as the producers of the show felt that the "Matchmakers" is already exhausted: all that could show is already shown. Then a large army of fans of the show decided to stand up for him. The leadership of the Studio "Kvartal 95", which removes the "Matchmakers", has already received a petition from fans, which States that "Svaty 7" should be! Activists have even created a group in one of social networks in support of the series and hard to bring together his fans from around the world. Fans are collecting signatures to Svaty 7 were removed. By the way, at the moment, scores of about eight thousand signatures.

Earlier, the Director and actors of "the Matchmakers" confidently stated, that the sixth season of the history of families Budko-Berkovica complete. However, after this season on television the show became a real champion for the rating. And then the creators had to think about. However, some skeptics claim: the authors of the series especially "muddy the waters", once again pushing his creation.

Meanwhile, Vladimir Zelensky, one of the producers of "the Matchmakers", said recently that the crew is seriously considering a continuation of the series. However, nothing concrete Zelensky said. He only stated that the final decision makers will be a surprise for fans of the series.

Recently it became known that the Studio "Kvartal 95" started preparations for the filming of the series, previously planned as a "Tales mityaya 2". It was planned to shoot in a format loved by all "Matchmakers" and with the participation of the same actors. However, now with the name of the project remains an open question. Would it be the "Tales mityaya 2" or "Svaty 7", it is not so important. The important thing is that, most likely, "Svaty 7" will be removed!