How to explain addition and subtraction

A loving parent wants their child to grow up not only healthy, but also well-rounded. So they begin to teach him reading and arithmetic, not to delegate this responsibility to the teachers of Junior classes. After all, the sooner the child will learn to read and count, especially prepared for school life he will. But if the teaching of reading special problems does not arise, then the account may cause difficulties for the child. 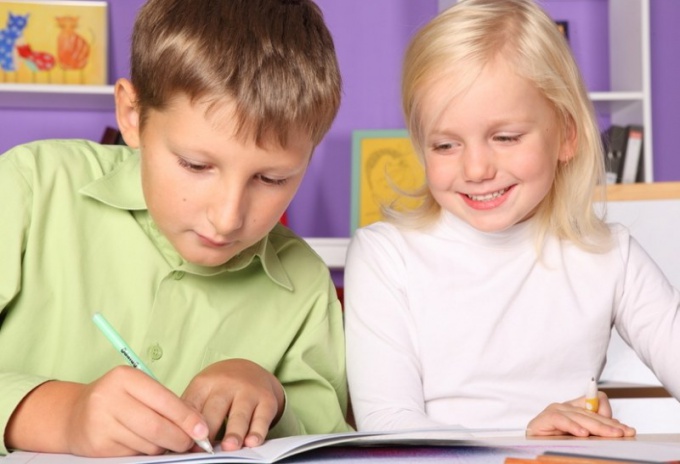 Related articles:
Instruction
1
Remember that abstract thinking is not yet available for the baby. Therefore, you should refrain from explanations such as: "Suppose a boy was so many things." Use what the child can see, touch, feel. For example, toy blocks. Put them in front of the baby and explain: "Here is one cube. If his side put another cube, they will be two. Remember: one plus one is always two. And if you add another cube, they will become three." Similarly, teach the kid the rules of subtraction. "Here, look: we have three dice. And if you remove one, then how many of them will remain? Two. But if from these two to clean one more how much then?" Gradually the child will begin to understand how to add and subtract simple numbers.
2
A very good way of learning to count to 10 and your own hands (or rather, fingers). Touch the child's fingers, counting aloud: "One. Two. Three. Four. Five." Then, as if with surprise, stating: "the Fingers on one hand over! But nothing, we have a second hand." And then continue: "Six, seven, eight, nine, ten". Get the child to firmly remember: on one hand five fingers and on both hands ten. And after that, start learning to count, first within the numbers from 1 to 5, using only one arm, then gradually complicate the examples, turning to account within 10. Example: "Squeeze the handle into fists. Now open your three fingers on that hand. Clever! Open three more. What now you have unclenched fingers?" Or: "Look, all your fingers unclenched. Now squeeze first fingers on one hand and then two on the other hand. How not compressed fingers left?" These exercises should be done in the most visual way, prompting the child when necessary to compress the toes, and when to let go.
3
Of course, in any case can not be nervous, angry child if you think he's slow. Then the education account will be perceived by them as tiresome and unpleasant burden. And it is necessary that he was hunting, interest. So don't force training and try to bring in elements of the game.
Is the advice useful?
See also
Подписывайтесь на наш канал