What masterpieces of world literature need to know all

It is difficult to make a list of the masterpieces of world literature you should know all because of these outstanding works – a huge amount. And yet among them are a number of works at all times, without which modern man can not be without. 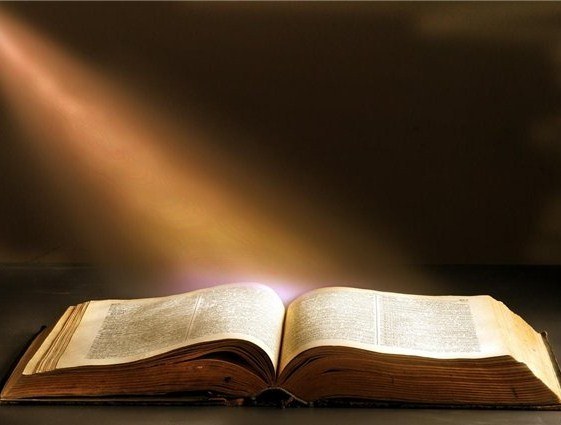 First you need to know works from the school curriculum – the major works of the classics of Russian literature: Tolstoy, Dostoevsky, Gogol, Bulgakov etc. Separately it is necessary to enumerate the works of foreign writers. In many Russian schools the emphasis is on the study of local authors and the preparation for the exam. Foreign literature is studied not enough. Meanwhile, by the time of graduation, the teenager ought to read some Shakespeare, Moliere, Beaumarchais, "the Odyssey" by Homer, Goethe's "Faust", "Wilhelm tell" by Schiller, "journey of Lemuel Gulliver" swift, "Robinson Crusoe" Defoe, "the Three Musketeers" Dumas "don Quixote" of Cervantes, "the picture of Dorian gray" Wilde, "the Little Prince" Saint-Exupery, selected works of Robert Louis Stevenson, Victor Hugo, Hoffmann, Dickens, Hemingway, Remarque, Maugham, O. Henry, Jack London, Conan Doyle, Borges. The list is incomplete – will help to Orient the reader. With regard to foreign poetry, the graduate is required to know Byron, Rilke, Rimbaud, Baudelaire, Mickiewicz, Omar Khayyam, bass.

Next you need to list the work that needs to know any educated adult. Since we are talking about masterpieces of the world literature, it is easier to classify by country. You need to see the following works.

• American literature: stories of "the father of American literature" V. Irving, "the Song of Hiawatha and other poems Longfellow, "the catcher in the rye Salinger, the novels of Cooper, PoE stories, "dandelion Wine" and "the Martian Chronicles" by Bradbury, "For whom the bell tolls" Hemingway, the works of Fitzgerald, Steinbeck, Kerouac.

• From the Irish "Ulysses" Joyce.

• From German: the aforementioned "Faust" and "sorrows of young Werther," Goethe, poetry and drama of Schiller, "the adventures of Simplicissimus" Grimmelshausen, poetry "the German romantics" (mainly Teak, NOVALIS, Schlegel), "the Worldly wisdom of the cat Murr" by E. T. A. Hoffmann, "the Buddenbrooks" by T. Mann, Steppenwolf and glass bead Game" by Hermann Hesse, the plays of Brecht, "the Jew Suess" Feuchtwanger.

• Austrian: "Castle" and "metamorphosis" by Kafka, "Confusion of feelings" Zweig.

• From French: "Gargantua and Pantagruel" Rabelais, the works of Chateaubriand, "Candide" Voltaire, "the Count of Monte Cristo" Alexandre Dumas, "Les Miserables" and "Notre Dame" Hugo, "Grandet" de Balzac's epic "In search of lost time" Proust, or at least its first volume "towards the Swan", "Nana" Zola, "the Counterfeiters" Jew, "the Stranger" by Camus, "Nausea" of Sartre, "on the Contrary" Huysmans, the poetry of Baudelaire, Rimbaud, Verlaine, Mallarme.

• From Italian: "the divine Comedy" by Dante, "Decameron" of Boccaccio, the "Furious Roland" Ariosto, "the name of the rose Eco, the poetry of Petrarch

• From Spanish: "the Dog in the manger" Lope de VEGA, the plays of Calderon, Alarcon, poetry of Lorca.

• From Swedish: the plays of Strindberg, "the Wonderful adventures of Nils Holgersson in Sweden Lagerlof.

• Danish: "diary of a seducer" by Kierkegaard, "Pelle the conqueror" Andersen-Nexø.

• From Chinese: "the True story of Ah-q" the founder of modern Chinese literature Lu Xun, the poetry of Li po.

• From Serbian: "the Khazar dictionary" by Pavic.

• Polish: "Quo vadis" and the trilogy "with Fire and sword", "Potop" and "pan volodyevsky" Sienkiewicz.

• From the Czech "good soldier Svejk" by Hasek, stories K. Capek, "the Unbearable lightness of being" Kundera.

• From the middle East: the poetry of the greatest Persian poets Ferdowsi, Nizami.