How to draw funny

"Smeshariki" – a very popular children's animated series. Each series "Smeshariki" is aimed at solving a specific problem that a modern kid might face in everyday life. Characters – funny all the little animals living in their own fantasy world. Among the there are no negative characters. Each of them has its own unique character and story to life. Round shape cartoon characters emphasizes their kindness and makes it easier to draw each Smeshariki even to a child. The main characters of the animated series "Smeshariki" – the four funny animals: croche, Hedgehog, Barash and Nyusha. 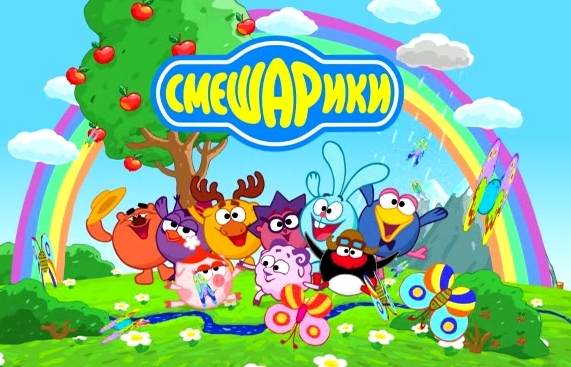 Related articles:
Instruction
1
Croche is a restless, never losing heart, rabbit happy. He often interrupts his interlocutors, like to experiment and travel. Draw it easy. First, on a sheet of paper you need to show a circle divided by two perpendicular lines into 4 equal pieces. Then Crumble it should draw oval eyes, round nose-button, eyebrows, smile with two protruding teeth and long ears. The one about laughing after that need to finish oval shaped front and rear legs and paint the Bunny blue.

2
The hedgehog is the best friend of the Twins. He is a very serious and sober, but often unsure of himself. The hedgehog has an excellent education. In General, he's a real intellectual. The basis of a Hedgehog – a circle cut from the top of the triangle. In the middle of the circle you want to draw a triangular nose. Above his large round glasses and a little edge. On the sides of the Hedgehog should draw a neat lugs. Further, about laughing it is necessary to draw a triangular needles, arms and legs. The Hedgehog should be paint in pink color, and needles him in purple.

3
Another fun character of cartoon series "Smeshariki" is a lyric poet Barash. He constantly sighs and writes sad poems. Barash is in love with Jane. But attempts Smeshariki to show their sympathy for her do not always end successfully.To draw this Smeshariki not hard to others. First, the paper must represent a circle. It is to draw round eyes, a wide triangular nose and small mouth. Next, Barash should finish lugs, round like curls, horns, arms and legs. Body Smeshariki, to circle with a wavy line. Color Barash should be a light purple color.

4
Nyusha – dreaming to become a big girl indeed. She is always watching their appearance, modnique and, in General, considers himself extraordinarily beautiful. Jane always tries to be the center of attention.To draw Nyusha, you need to start, draw a large circle, and in it another small. Then Nyusha need to draw expressive eyes, a nose, a snout, a neat mouth, ears, feet and naughty pigtail, braided hair of girls Smeshariki.

Note
Many children just love this cartoon. I think if a child is to offer to represent your favorite heroes, he is happy to take an art class. Let's see how it is possible to gradually draw Smeshariki. This is actually easier than it seems at first glance, they are all simple, rounded forms.
Useful advice
You need to draw the rabbit small pupils located closer to the nose. Then above the eyes podruzamevaet raising eyebrows, they should be short. So funny and hilarious rabbit croche. Now just need to paint it. And you can start drawing the other characters from the beloved cartoon series. Now you know how to draw children.
Is the advice useful?
Подписывайтесь на наш канал