How to make a radio

The simplest kind of radio detector. In 50-e years of the last century, the Soviet industry was producing one model of the detector receiver – "Komsomolets". In more recent times, the Assembly of such a receiver was considered a good workshop for beginners in ham radio. We offer recommendations on how to make a radio receiver with his hands. 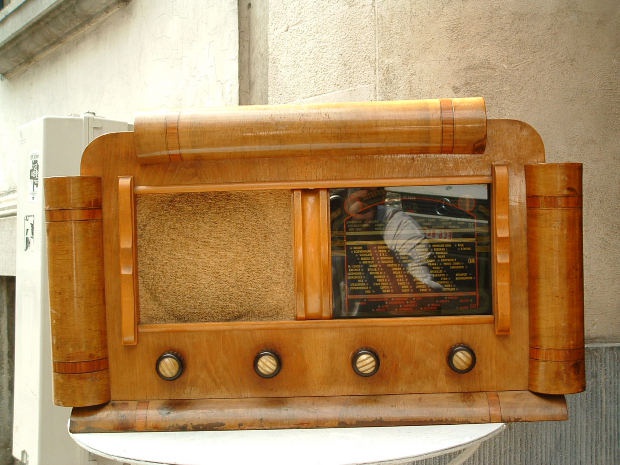 Related articles:
You will need
Instruction
1
The simplest crystal radio set you can mount on plaque or panel. But this is not necessary in order to create a workable machine. An experienced model can be collected directly on the table where the expanded view will lie its details. This visual model allows you to make the receiver the necessary changes to correct the mistakes and make adjustments.
2
Take an ordinary coil from under the thread, it would be the base. Wrap the coil nawalka approximately 450 turns of wire. In this case every 80 turns to make the bends. In places of bends, twist the wire in the form of loops. You got a layered coil with multiple taps.
3
Now you need to strip the ends of the insights and taps mounted on the coil. Do this carefully to keep the wire. Now you can proceed directly to the Assembly of the detector receiver.
4
Connect the beginning of coil with one of the outputs of the diode detector, and it will end with one of the contact legs of the wire headphones. Unoccupied detector and phones connect appropriate size wire cut.
5
To the conductor extending from the beginning of the coil to the diode securely fasten the wire, which is assigned the role of antenna. The end of this antenna wire should be pre-cleaned from the insulation.
6
Now you need to attach the cable grounding wire to the conductor connecting the end of coil with head phones (call it the grounded conductor). During the experiments with the receiver we switch the grounded conductor from one output coil on the other conclusion.

7
Put on the head phones and listen. It may well be that you will hear nothing. This is possible for the reason that the detector receiver is not tuned to a radio station, kisimul in the vicinity of your location. In this case, try to adjust the receiver by changing the number of turns of the antenna circuit of the coil included in the circuit of the antenna. A simple crystal radio can be set to radio or medium wave bands. However, due to objective design constraints, the receiver can receive signals not every transmitting station, in particular, is very remote.
8
Since you created the detector by the receiver can carry out interesting experiments that help to understand how it works and to gain valuable practical skills of designing of radio equipment.
Is the advice useful?
Присоединяйтесь к нам
New advices