How to determine the size of the poem

In any poetic work is important not only the content but also the form in the first place. The size of the poem determines the pace, the music, the mood. Major poetic dimensions is two syllables Iamb or ferrets and three-syllable dactyl, amphibrach and anapest. Each of these dimensions has their own rhythm, gives the poem certain characteristics. 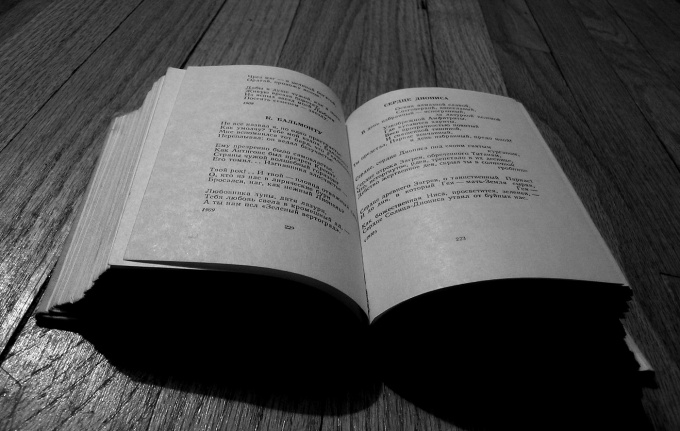 Related articles:
Instruction
1
First and foremost, to determine the size, you need to read a poem rhythmically, making power emphasis, not paying attention to the meaning of the words, as if beating a drum.
2
Write a poetic line, and emphasize all the syllables (or vowels), which was a shock. For example:

my uncle the most fair rules

when not in the joke was sick...
3
Now count how many unstressed syllables are located between the drums. In our example, one stressed syllable, there is one unstressed, then it's a two-syllable size is iambic or ferrets. Remember: in trochaic the stress falls on the first of two syllables, the iambic in the second. So, we have taken an example from "Eugene Onegin" is iambic.

The example of chorea:
my cheerful ringing ball

you where you were going at a gallop

A little practice, you will learn how to determine the size of the verse in the mind, not noting stressed and unstressed syllables on paper.
4
Similarly, distinguish three-syllable poetic dimensions. The only difference is that in one stop in this case would be one strike and two unstressed syllables. If the stress falls on the first syllable – this size is called a dactyl, if on the second, the amphibrach, the third – anapest.
An example of the dactyl:

a galloping horse will stop,

in a burning Hut
Example of anapest:

that in itself is not new
5
To determine the amount of the stop (stop is a group of syllables, one of which is stressed), that is, find out trehshovnye it or ferrets, for example, iambic pentameter, you need to count the number of accented syllables. In the example from "Eugene Onegin" we see that it is chetyrehstopnym pentameter. A poem by S. Marshak on the ball chetyrehstolpnyj ferrets.