How to set the plane

There are many ways to define the same plane in space using coordinates of points in different coordinate systems, specifying the total, canonical or parametric equations of a plane. It is possible for this purpose to use vectors, equations of straight and curved lines, and different combinations of all the above. Below are just a few of the most frequently used methods. 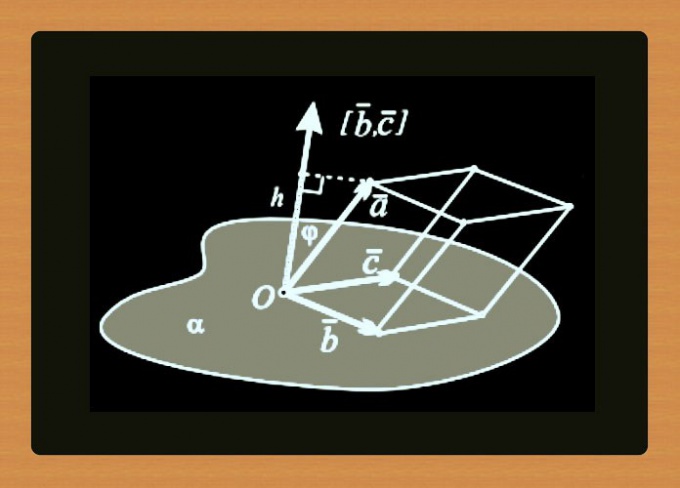 Related articles:
Instruction
1
Specify the plane by specifying coordinates of three distinct points belonging to the set of points constituting the plane. A prerequisite that must be fulfilled - these points must not lie on one straight line. For example, you can safely say that there is a plane that is uniquely determined by the points with coordinates A(8,13,2) B(1,4,7) C(-3,5,12).
2
More commonly used another way - the task plane using the equation. In General it looks like this: Ax + By + Cz + D = 0. The coefficients a, B, C, D can be calculated from the coordinates of points, making the matrix for each of them and calculating the determinants. Within each row of the matrix for factor A, place three coordinates of the three points where all coordinates are replaced with one. For coefficients B and C units should be replaced, respectively, the ordinate and the applicate, and for the matrix of the coefficient D no changes are necessary. Calculating the determinant of each matrix, substitute them in the General equation of a plane, changing the sign of the coefficient D. for Example, given in the previous step of the example the formula should look like this: -50*x + 15*y 43*z + 291 = 0.
3
To set plane instead of three points, you can use a single point and a straight line, because two points in space uniquely determine a single straight line. To use this method, a point specify its three-dimensional coordinates, and the line - equation. In General, the equation is written as: Ax + By + C = 0. Used for example above the plane can be specified by coordinates of the point C(-3,5,12) and the equation of the line 2x - y + z - 5 = 0 - it is obtained from the coordinates of points A and B.
4
Instead of equations of a straight line the coordinates of a point can be supplemented with the coordinates of the normal vector this pair of data sets is also the only possible plane. To the plane of the examples of the previous steps, such a pair may be the point A with coordinates (8,13,2) and the vector ō(-50,15,-43).
5
You can specify a plane and a pair of intersecting or parallel lines. In this case, give them a standard or canonical equations. For the same example, you can specify a plane by a pair of direct equations which are pairs of points A,B and A,C: 2x - y + z - 5 = 0 and -18x + 11y - 11z - 19 = 0.
Is the advice useful?
See also
Подписывайтесь на наш канал