How to determine mental development of the child

Each child develops at their own pace. It can be something to get ahead of their peers, and something to keep up. Parents, it is important to know how mental development of the child corresponds to the average performance for his age. Minor deviations can be corrected even without recourse to a psychologist or specialist in the field of special education. 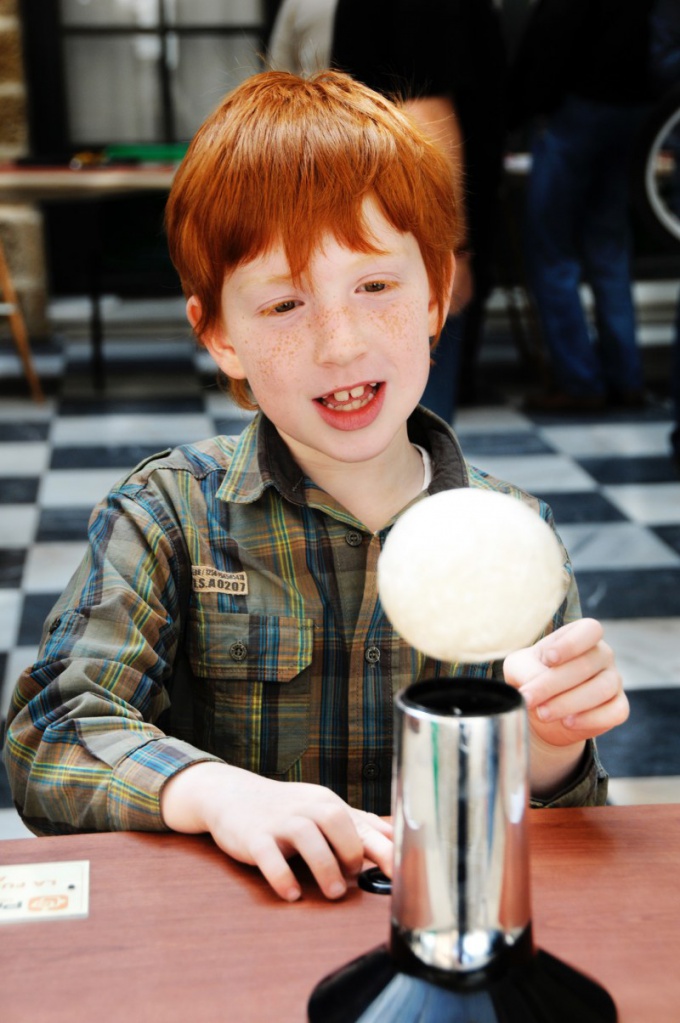 Related articles:
You will need
Instruction
1
To determine how the mental development of your child is normal for this age, must have average data. Will help you, for example, the Program of education in kindergarten. It says that should know and be able child in each age group. These data operate with educators and psychologists, when diagnose. Note that mental development has three components — emotional, verbal and logical. One way or other may be predominant.
2
Mental development of the child up to a year to determine systematically behind him watching. Is little of interest to the world? If he reacts to stimuli? Distinguish whether close relatives? Call six-month-old child familiar objects and ask them to show you. Check that the speech development of the kid his age. But if the child is in no hurry to start talking, don't worry. It does not mean the delay of speech development. If a year-old child with interest the world around them, explores everything that enters his hands and instead of words uses the signs — everything is fine.
3
Diagnosis of mental development of children of early and preschool age is carried out in several directions. Check knowledge of the child about himself and about the world. Eighteen months the baby should know their name and respond to it. In three years he already knows his name, and four to name, surname and affiliation to a particular gender. A child of five years must know the address, to be able to determine the time of day and year. In six years he will have to focus on the clock, know the days, weeks and months, and about how to be able to create a coherent story. This story includes not only personal data, but also Hobbies, clubs, where he works, etc.
4
Determine how intelligent your child is. At different ages are dominated by different types of thinking. Almost all younger preschoolers are the main visual creative and visually effective types. The child cannot independently establish the causal connection. Don't worry if he is faced with a task that is similar to the previous one, will not be able to solve it, and start experimenting. The baby is just mastering research methods. Senior preschooler must already foresee that if he does certain actions. Three-year-old wears a jacket just because it wears a mom. Six-year-old has to explain that it's cold outside, so you need to bundle up.
5
Check how your child is able to generalize objects or phenomena. In four years he should already be formed by the simple generalizing of the term "utensils", "furniture", "clothes". Create a game situation. Fold in a bunch of different items and ask the child to sort them. The older preschooler is available in more complex generalizations. For example, it can lay out the dishes on purpose, separating one in which cook, from cups and saucers. Your task is to determine how the child is able to distinguish significant features. If in the younger preschool age, he still has the right to such errors, the child of preschool age errors in the classification can already be a symptom of mental illness. If he constantly makes mistakes and allocates no special tasks non-essential features as the principal, show him to a psychiatrist.
6
Can your child focus? Remember that a preschooler is not able to simultaneously hold in the focus of a lot of subjects. Usually their number is calculated as "age minus one". That is, the child simultaneously watching several of the subjectmi, if their number is one less than years the baby. Keep this in mind when creating game situations. For example, show four-year-old kid of 3 items in sequence. Remove the objects and ask the child to name them in the same order.
7
The older preschooler's concentration can be checked by asking him to find room objects according to certain criteria. For example, these can be large circles, small triangles, green squares, etc. the Child should hold in the focus of both signs.
8
Find out does the child understand why certain subjects. The younger preschooler set should be the most simple — a table, chair, Cup, jacket. He may answer in monosyllables. The chair needs to sit. The item set for the diagnosis of inductive thinking older preschoolers is quite large. The child already knows about the world quite a lot and is able to establish causal relationships. You can ask about everything that surrounds the child. You can do an experiment, showing the store the unknown object and asking what it might be intended. Watch will provide the child the essential features and whether they associate with the proposed action.
9
An important indicator is the mathematical thinking. Three-year-old child should be able to distinguish the most striking geometric forms — the circle and the square, cube and brick. He can understand where one object, and much. If the baby gradually learn to count, to four years he should be able to count to three. Senior preschool child knows the basic geometric shapes, can count to ten and perform basic mathematical operations.
Is the advice useful?
Подписывайтесь на наш канал