How to repair the door handle

The door handle may eventually become loose and even to break away from the door. Then it should be fixed. Some krupitsa knob with pin threaded into a through hole, and the other two or four screws. 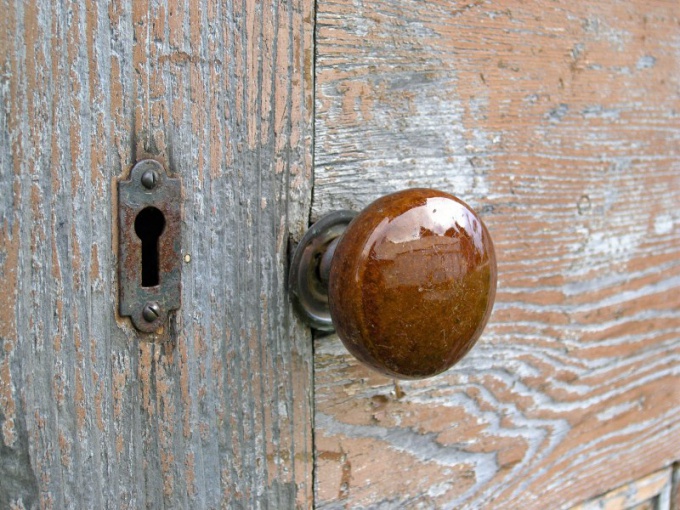 Related articles:
You will need
Instruction
1
Determine the type of door handles. If it has a spherical, conical or similar shape, means for mounting, use a through pin. It connects two of the same products that are located on opposite sides of the door. Handle, imusa the form of staples, are mounted independently from each other. If you remove any of them, the second will remain in place.
2
To remove the product of the first type, open the door, and then start rotating either of the two knobs counterclockwise, while maintaining the second, and both the decorative overlay. Then separate them, the pin will remain in one of them. If necessary, adjust the pin so that its length was enough to hold both handles. Attach the pads back, insert the handles, which are attached to the pin, put it on him from the opposite side of the other and then screw tight by hand without use of tools.
3
If you have loosened the door handle, having the form of staples, try to wrap all two or four screws with a screwdriver or a drill. Sometimes this does not work - the screws are scrolled. Then turn them. Those that have direct slots, replace the cross - they are more comfortable screwing. Slightly slide the handle so that, on the one hand, she was still covering the old holes, and on the other to all four screws were screwed into new places. Vvorachivaya them, do not apply excessive force, otherwise the scroll will they. Use the screwdriver to prevent such situations, the torque limiter. It is best to place a pen horizontally and vertically so it is more convenient to take on hand.
4
A comparatively rare combination a handle. They are similar to the products of the first type, but decorative plates are attached with screws. If you want to make new holes for mounting pads, expand it relative to the pin 45 degrees - the square will turn into a diamond, or Vice versa. Then secure the pad.
Note
Use caution when handling the tool.
Is the advice useful?
Присоединяйтесь к нам
New advices